Russian marine painter. After serving the navy B. studied 1849-53 at the St. Petersburg academy, among others under M. Vorobiev. Graduating in 1853 he was awarded a gold medal a. appointed official marine painter. Travalling Europe 1854-60 he worked in the studios of A. Calame a. E. Isabey a. made friends with A. Achenbach, C. Corot a. Ch. Daubigny. In 1861 he became professor at the St. Petersburg academy, in 1873 he joined the artist's group 'Peredvishniki'. B. started his painting from the tradition of Aivazovsky, since the early 1870s he was one of the first Russian artists to turn to plein air painting. Mus.: Moscow (Tretjakov-Gal.), St. Petersburg (Russ. Mus.), Riga a. others. Lit.: Saur, Boetticher, Thieme-Becker, Bénézit a. others. 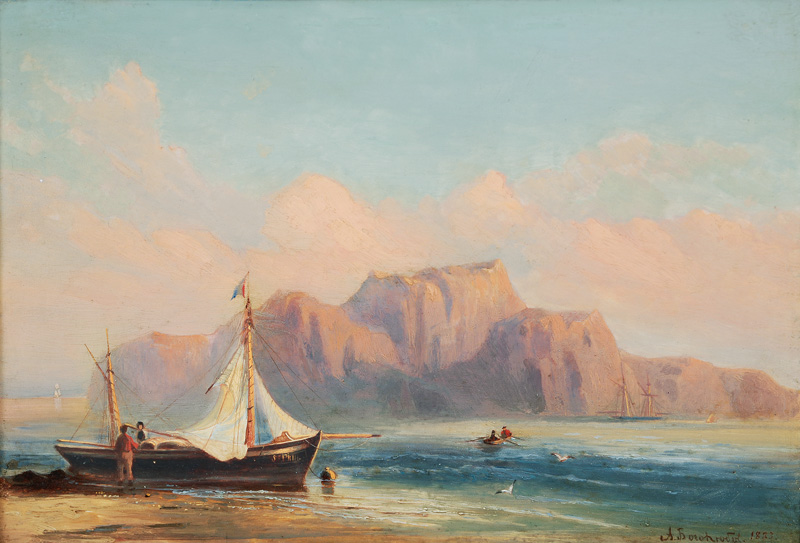 View of a Coast

You would like to buy a work by Alexei Petrowitsch Bogoljubov?

You would like to sell a work by Alexei Petrowitsch Bogoljubov?