French painter a. graphic artist. After an apprenticeship as glass painter he studied at the Paris academy under E. Delauney since 1890, in 1892 he became master student of G. Moreau. Until 1907 he was member of the Fauves. After many solo shows R. was honoured with a retrospective in the Museum of Modern Art in New York in 1930. His works were also on display at the Documenta I a. II. Mus.: Paris (Centre G. Pompidou), St. Petersburg (Hermitage), London (Tate), Vienna (Albertina), Frankfurt (Städel) a. others. Lit.: Thieme-Becker, Vollmer, Bénézit a. others. 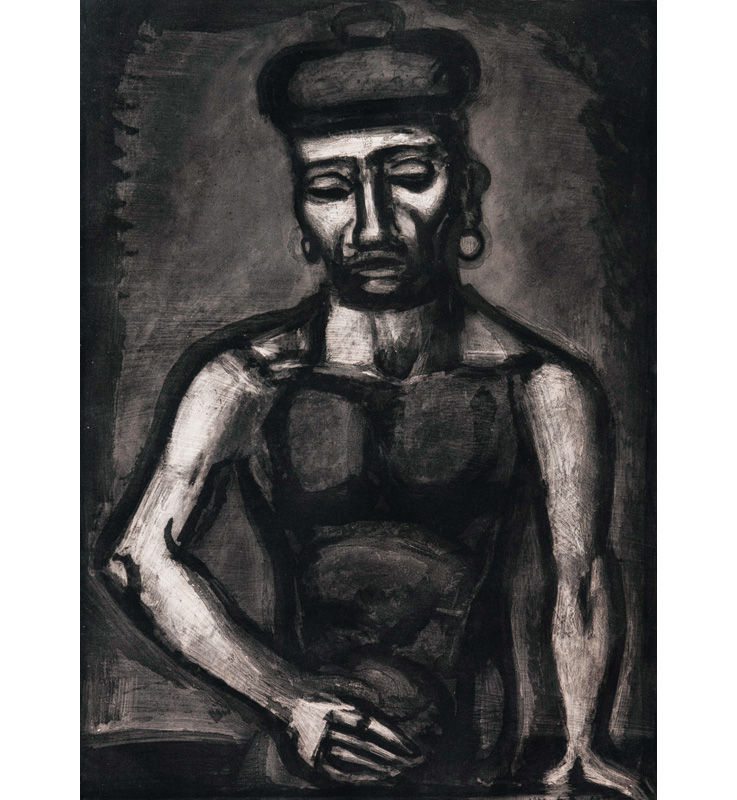 You would like to buy a work by Georges Rouault?

You would like to sell a work by Georges Rouault?