Swiss painter and draughtsman. B. studied at the Basel Kunstschule under A. Mayer, 1910-12 at the Munich academy under A. Jank, thereafter in the studio of C. Amiet in Oschwand. In 1917 he met R. Steiner and worked in the construction of the first Goetheaneum since 1918. Subsequently he studied philosophy a. anthropology in Munich, Stuttgart and Berlin. He settled in Hamburg in 1923 and edited the Rudolf-Steiner-Blätter before joining the Hamburg secession in 1931. He soon made friends with R. Nesch, K. Kluth and W. Grimm. As a consequence of Nazi discrimination - some of his works were seized as 'degenerate' from the Museum für Kunst und Gewerbe - he returned to Switzerland wit his wife in 1940. Mus.: Hamburg (Kunsthalle), Aarau. Lit.: Vollmer, Der Neue Rump, Gessner: K.B. - Maler u. Denker, Wismer: K. B.1891-1958 a. others. 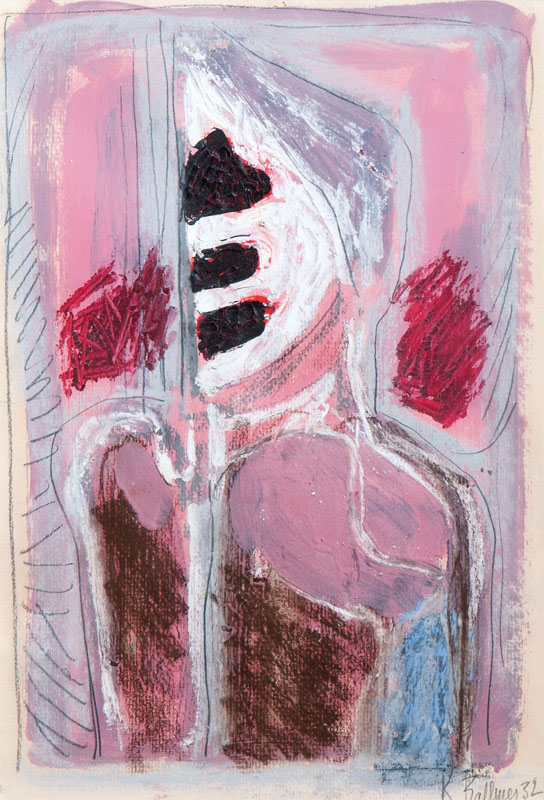 You would like to buy a work by Karl Ballmer?

You would like to sell a work by Karl Ballmer?