German conceptual artist. D. studied at the Hamburg Hochschule für Bildende Kunst among others under W. Grimm. 1966-68 she lived in New York where she met minimalist artists like Sol Le Witt whose strive for objectivity a. logic she adapted in later work. In 1986 she was decorated with the Edwin Scharff prize, in 1994 with the Lichtwark prize. She exhibited at the Documenta V to VII a. XI a. at the Venice Biennale in 1982. Mus.: Paris (Centre Pompidou), Madrid, Hamburg (Kunsthalle), New York, Berlin, Frankfurt a. others. 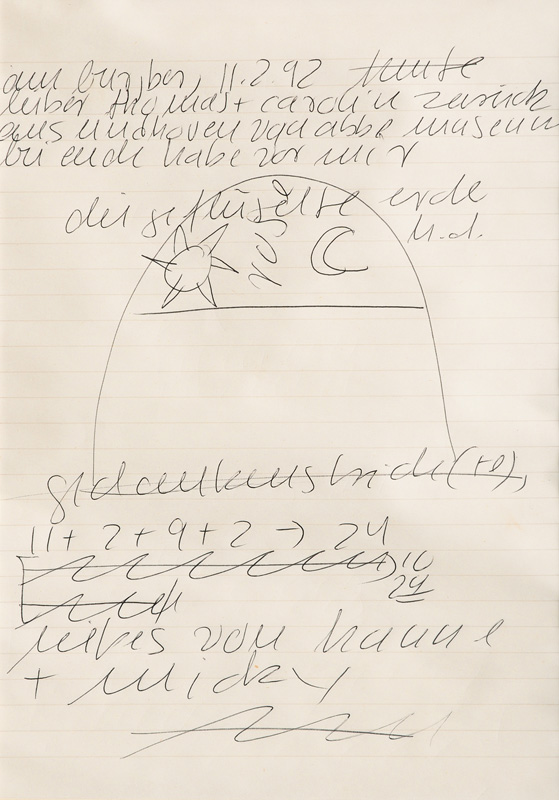 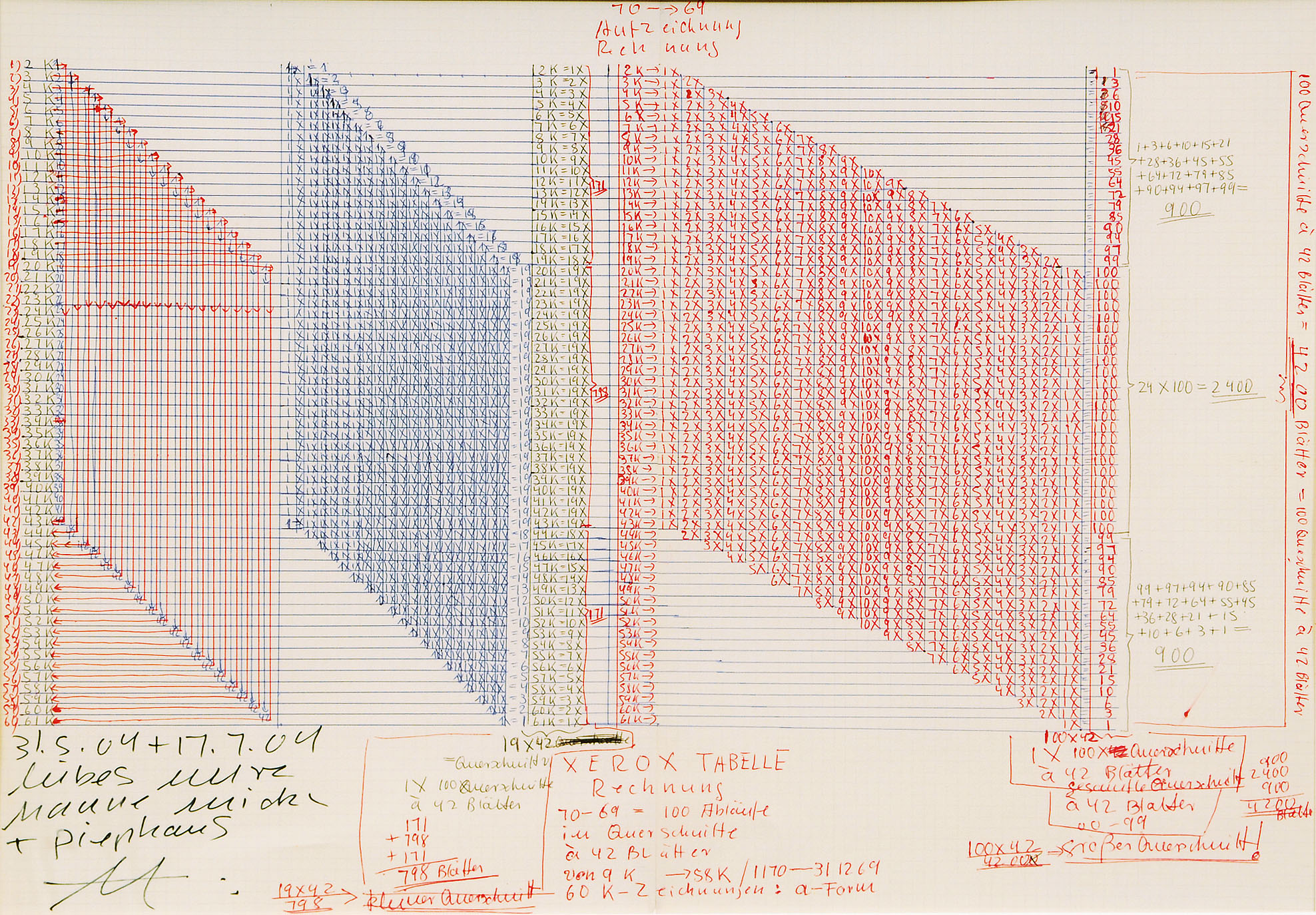 Section of the Century calender 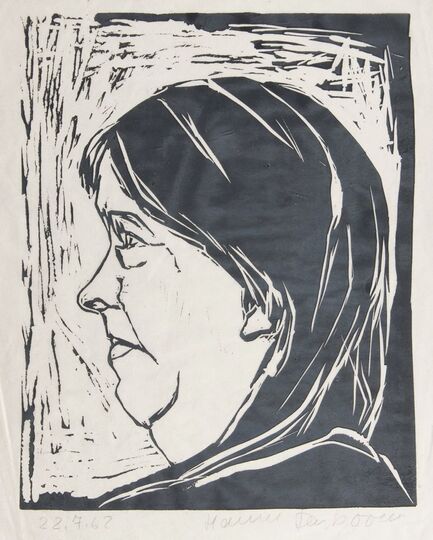 Head of a Woman

You would like to buy a work by Hanne Darboven?

You would like to sell a work by Hanne Darboven?