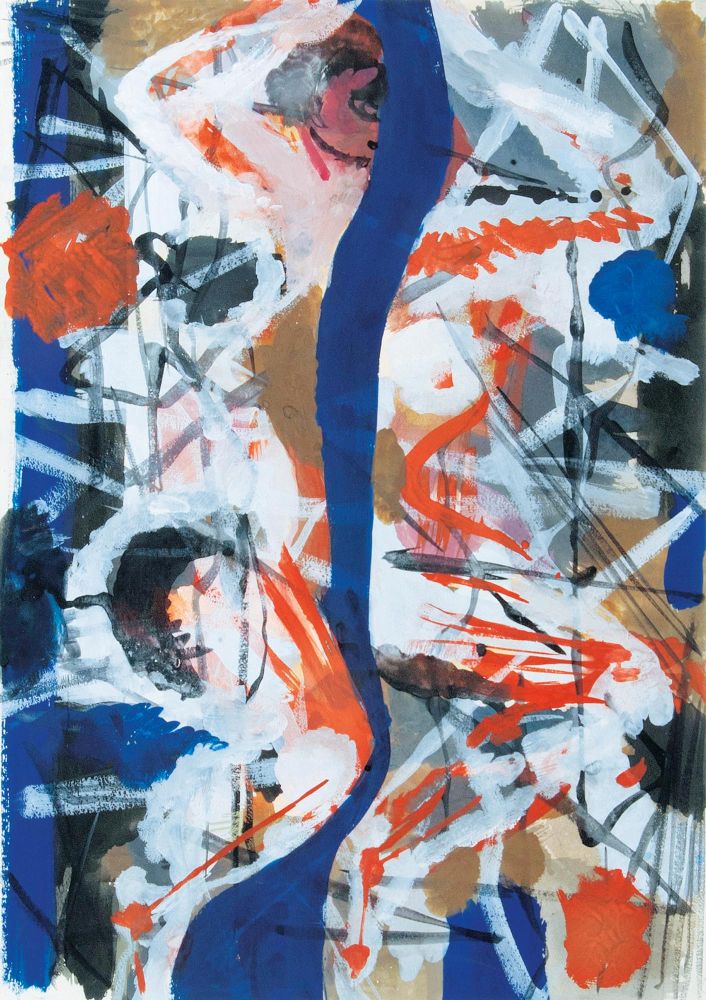 Gouache, 69 x 49 cm, matted and framed under glass, uninspected out of frame. - Painter adn graphic artist. K. studied at the Karlsruhe academy under A. Haueisen and was master student of A. Babberger. In 1938/29 he was awarded the first Lichwark prize. He cooperated with E. Munch in Norway. 1951 to 1962 he was professor at the Hamburg academy, where he trained the painters of the artist group 'Zebra'. He was awarded the Edwin Scharff prize in 1957 and was guest of honour of the Villa Massimo, Rome. Mus.: Hamburg (Kunsthalle, Altonaer Museum, Museum für Kunst u. Gewerbe a. others), Berlin (Nationalgalerie), Schleswig (SHLM), Hannover (Sprengelmuseum), Halle (Moritzburg) a. others. Lit.: Thieme-Becker, Der Neue Rump, Ausst.-Kat. K. K, Hamburg 1998, H. Spielmann: K. K. a. others.