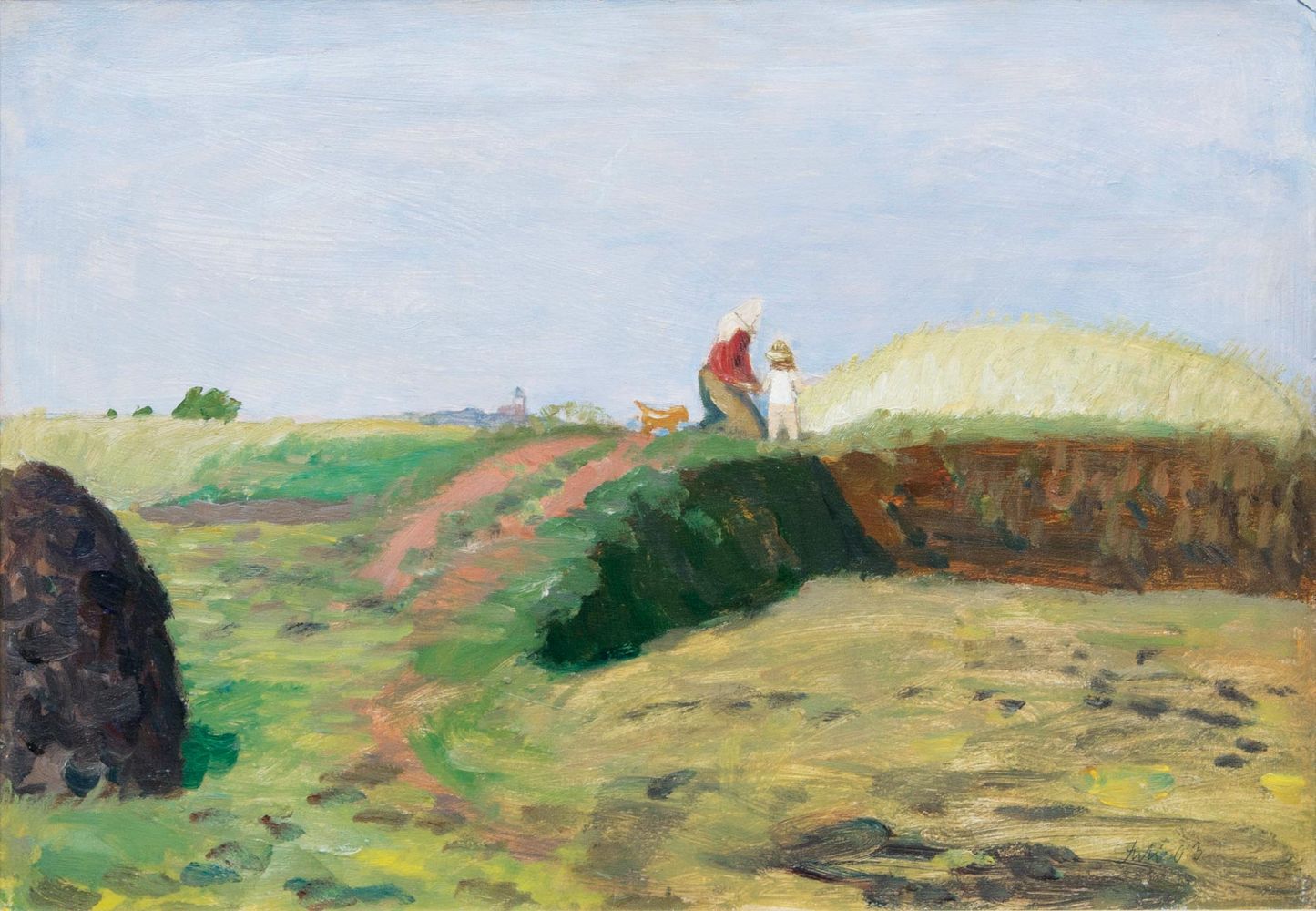 Oil/cardboard/fibre board, 41 x 58 cm, lo. ri. dat. Juli 03, on the reverse confirmation of authenticity by Christian Modersohn. - Expertise: Christian Modersohn, 23rd May 1976 confirms the authenticity. - Worpswede painter, main exponent of the Worpswede artist colony. He studied since 1884 at the Düsseldorf academy, thereafter in Munich a. Karlsruhe. Accompanied by F. Mackensen he visited Worpswede for the first time in 1889. Shortly after H. am Ende, F. Overbeck a. H. Vogeler joined them a. the artist's colony emerged. An exhibition in the Bremen Kunsthalle brought supra-regional attention, an exhibtion in the Munich Glaspalast the same year was the international break-thorugh. To keep his personal a. artistical freedom M. left the Worpswede Künstlervereinigung as soon as 1899. After the death of his wife Paula Modersohn-Becker he moved to the nearby Fischerhude, since 1922 he also travelled regularly to the Allgäu. In 1940 he was awarded the Goethe medal, an important German prize. M. developed the immediateness, the feeling for nature and the sense for colour of the classic plein air painting in direction of a reduced concreteness which concentrates the form of nature to compact masses a. makes the colour communicate the mood. Mus.: Munich (Neue Pinakothek), Fischerhude, Bremen, Hannover, Oldenburg, Prag, Breslau, Danzig a. others. Lit.: Thieme-Becker, Vollmer, Bénézit a. others.