Johann Joachim Kaendler: A Figure 'Monkey as Director of Music' from the Monkey Orchestra 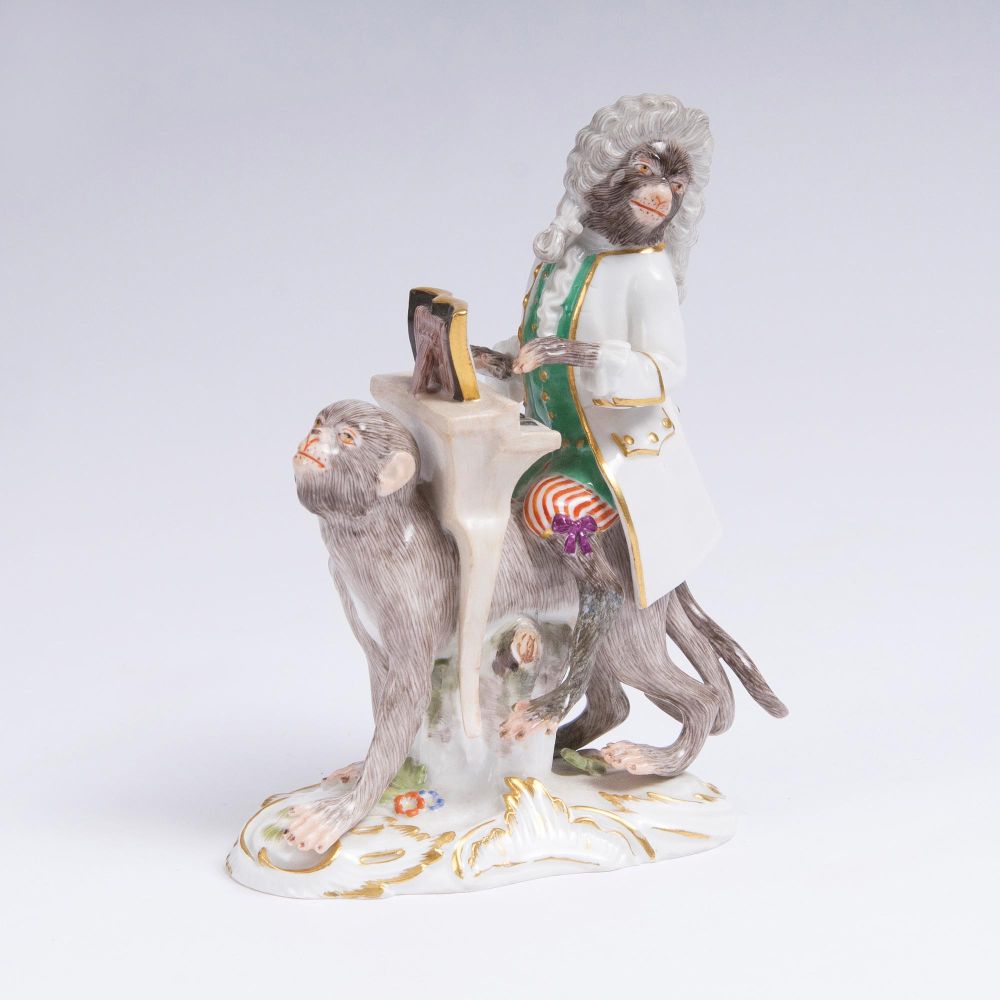 A Figure 'Monkey as Director of Music' from the Monkey Orchestra

Meissen, mid 20th cent. Animal figure, part of the legendary monkey orchestra, consisting of 21 monkey musicians, created by Kaendler 1753 for festive table decorations. Crossed swords mark, model no. '19', impressed '121'. Prof. rest. H. 13 cm. - German porcelain modeller and sculptor, taught by the sculptor Thomae in Dresden, whose baroque influence is especially visible in his animal figures, in 1731 appointed court sculptor by August the Strong, at the same time beginning his work for porcelain manufacture Meissen, which he directs for many years, his works are among the highlights of early European porcelain.