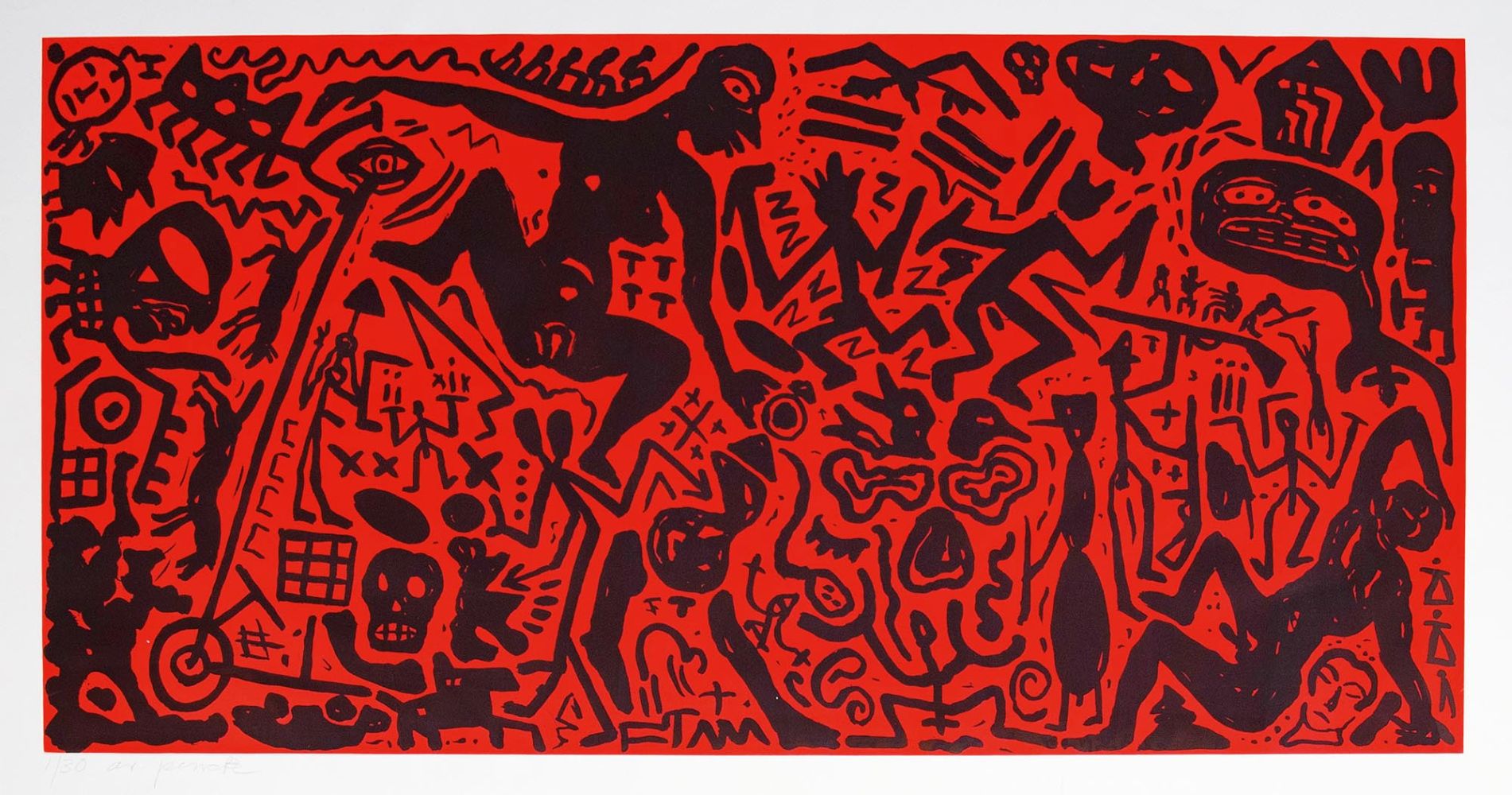 1980, aquatint in colours, 98 x 199,5 cm, lo. le. autographed and num. ar penck 1/30, framed under glass, uninspected out of frame. - Painter, graphic artist and sculptor. After being trained by Strawalde he vainly tried to be admitted at the Dresden and Berlin academies. Using the name of the glaciologist Albrecht Penck as a pseudonym he applied for membership in the DDR arist's union which was refused for his political attitude. Since 1976 he cooperated with Jörg Immendorff. In 1980 he moved to Cologne, in 1983 to London, since 2003 he is living in Dublin. P. exhibited repeatedly at the Documenta. Among his numerous awards is the Rembrandt prize of the City of Basel and the art prize of the city of Aachen. Mus.: New York (MoMA), Amsterdam (Stedelijk Mus.), Hamburg (Kunsthalle), Frankfurt (Städel), Dresden (Gal. Neue Meister), Strasbourg a. others.