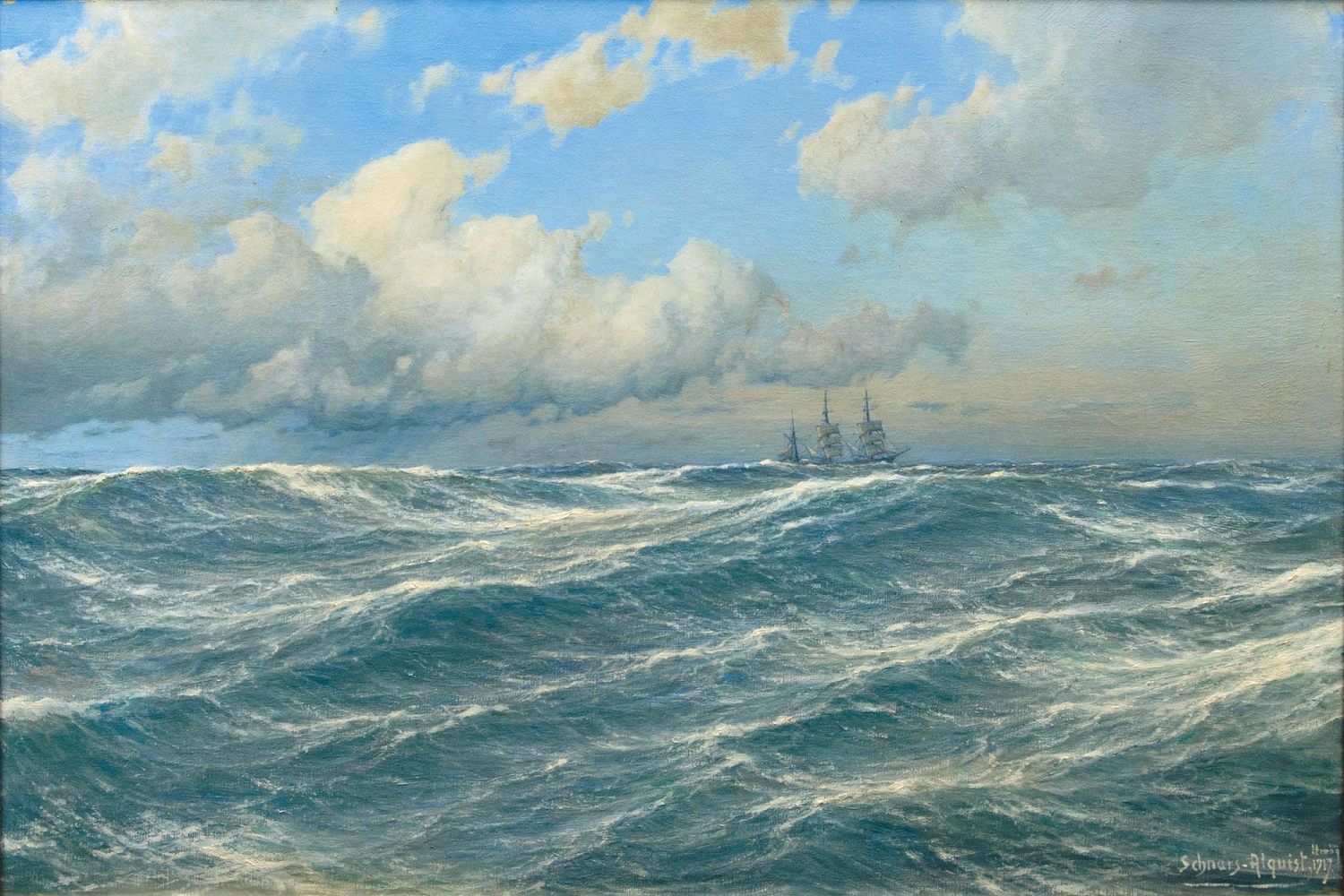 Oil/canvas, 61,5 x 92,5 cm, lo. ri. sign. and dat. Schnars-Alquist Hmbg 1917. - German Marine painter. S.-A. was master student of H. Gude at the Berlin academy, where he maintained a studio. After several trips round the world he settled in Hamburg in 1898 and became member of the Hamburger Künstlerverein. He was awarded several medals, among others a gold medal in Melbourne in 1889. He also worked as art juror in international competitions. Mus.: Hamburg (Kunsthalle), Bremerhaven (Deutsches Schiffahrtsmus.), Adelaide (Nat. Gal.) a. others. Lit.: Thieme-Becker, Rump, Der Neue Rump a. others.