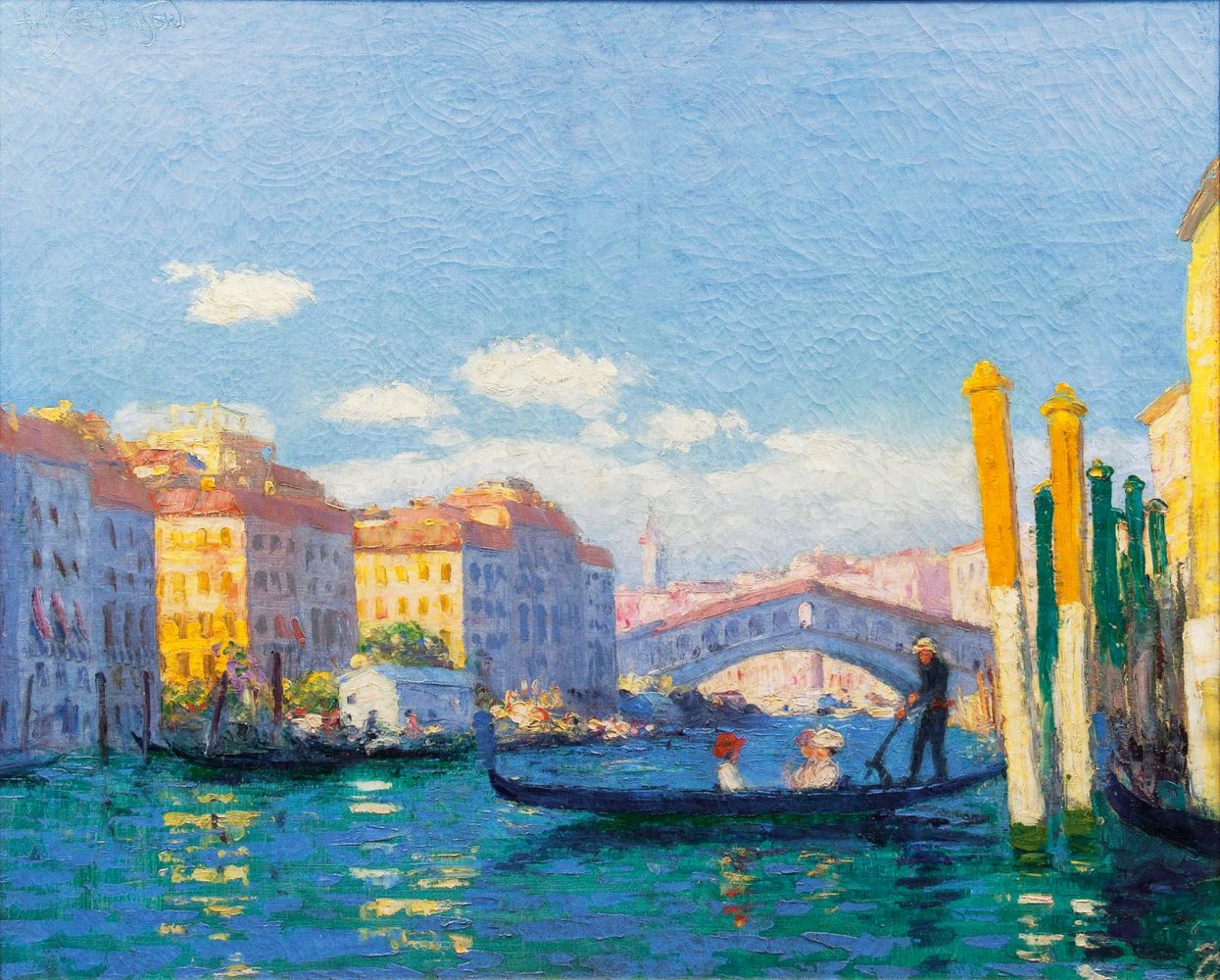 Oilcanvas, 73 x 92,5 cm, up. le. sign. Hans Christiansen. - Painter, graphic artist and writer, internationally recognised exponent of German Art Nouveau. After an apprenticeship as decorative painter in Flensburg and Hamburg C. studied at the Hamburg school of applied arts and at the Acacémie Julian in Paris. He joined the 'Volkskunst-Verein' in Hamburg and was promoted by J. Brinckmann. In 1893 he visited the World's Fair in Chicago a. was enthusiastic about the art of Tiffany. In 1898 was called to the Darmstadt 'Mathildenhöhe' and made professor, but returned to Paris in 1902, since 1912 he lived in Wiesbaden. He was banned from his profession by the Nazis. Mus.: Hamburg (MK&G, Altonaer Mus.), Flensburg (Museumsberg) a. others. Lit.: Thieme-Becker, Bénézit, Vollmer, Der Neue Rump, Zimmermann-Degen: H. C. - Leben und Werk eines Jugendstilmalers a. others.