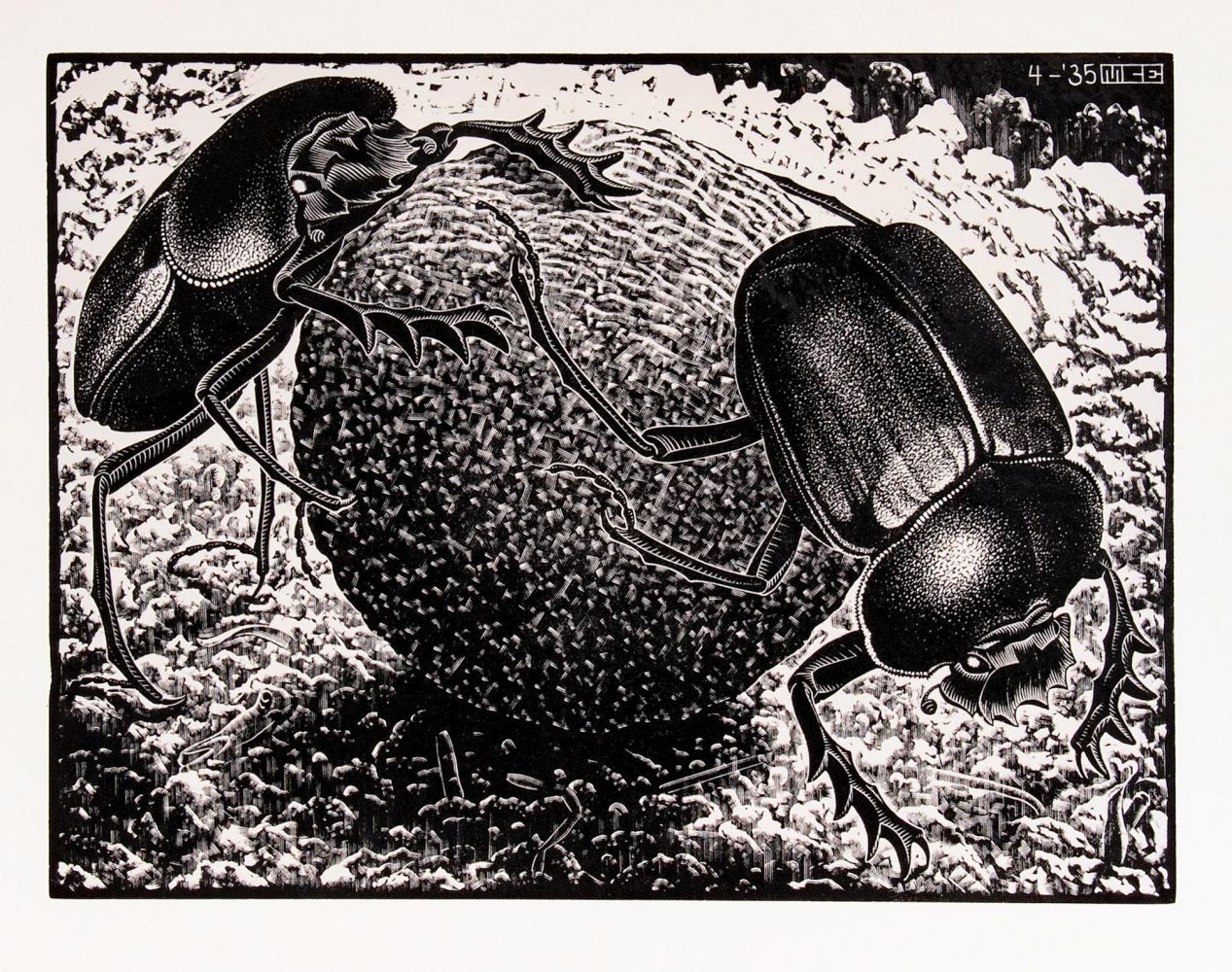 Four Woodcuts and a visiting Card

Four woodcuts, 8 to 18 x 6 to 24 cm, all in the block monogr. MCE, unframed. - Contains: 1. Scarabees, 2. Spinrag, 3. De Graphicus M. C. Escher, 4. monogramm D with cross. - As an extra: Visiting card with autographed acknowledgements by Escher in an envelope with adress. - Dutch graphic artist. E. began studying architecture in Haarlem in 1919 but almost immediately turned to graphic arts in which he soon achieved a level of technical mastership unrivaled in this time. In 1924 he settled in Rom and was succesful with depictions of mediterranean landscapes. After knowing the ornaments of the Alhambra he developed the tesselations, metamorphoses and impossible objects on which his fame is grounded and which secure him a singular position in 20th century arts. Mus.: The Hague (Escher Mus., Gemeente Mus.) a. others. Lit.: AKL, Vollmer AKL, Vollmer, The Magic of M. C. Escher, London 2013 a. others.