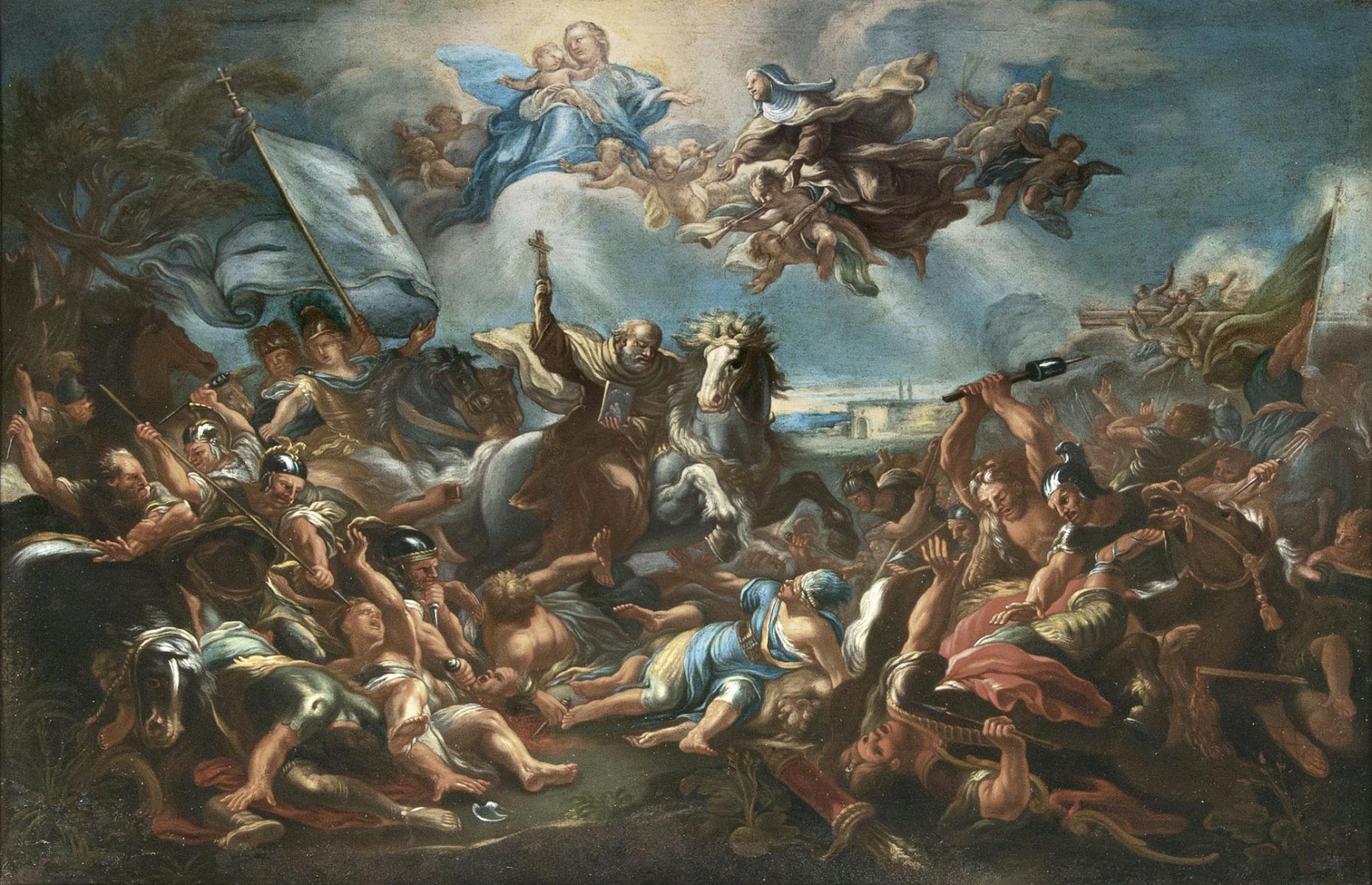 Oil/canvas, 77 x 101 cm, on the stretcher collector's label from Bilbao, on the reverse fragment of a Spanish newspaper, some rest., relined. - The victory of Spanish warriors over an Arabian army in the battle of Clavijo 844 was ascribed to the assistance of the apostle James who was subsequently given the name 'Matamoros'. - Provenance: Private collection Sweden. - Spanish history painter. R. was taught painting in the studio of M.-A. Houasse in Madrid and in 1739 became painter to the court of Ferdinand VI and Charles III. Mus.: Salamanca a. others.

Place a bid for "St. Millán de Cogolla the Battle of Clavijo":