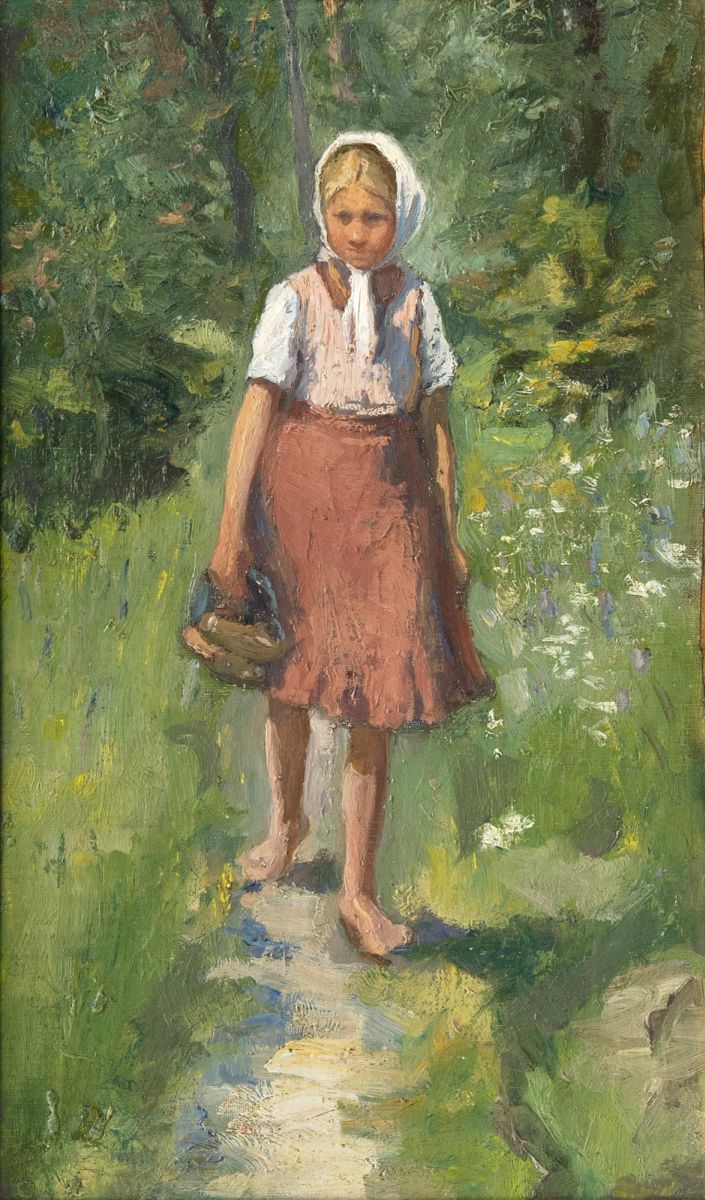 Oil/canvas/wood, 45 x 27 cm, on the reverse label of Kunstalon Emil Richter Dresden with no. 4425/3 and stamp 'Nachlaß Carl Stendler Hamburg Nr. 64', on the frame label of Rudolph Lepke's Kunst-Auctions-Haus Berlin. - Provenance: Kunstsalon Emil Richter, Dresden; Auktionshaus Lepke, Berlin; collection of the Hamburg art dealer Carl Stendler (+1928); last Swedish noble collection. - Russian painter. B.-B. was taught icon painting before he studied in Moscow and at the St. Petersburg under I. Repin academy until 1895; that same year he became member ot the artist's group Peredvizhniki. After a short sojourn in Paris he returned to St. Petersburg from which he consequences of the Russian Revolution induced him to move to Riga in 1921. When he Sowjet Union occupied Latvia in 1940 he went to Berlin where he was killed in an allied bombing. Mus.: Moscow (Tretjakov Gall.), St. Petersburg (Russ. Mus.), Kiev, Minsk a. others. Lit.: AKL, Thieme-Becker.