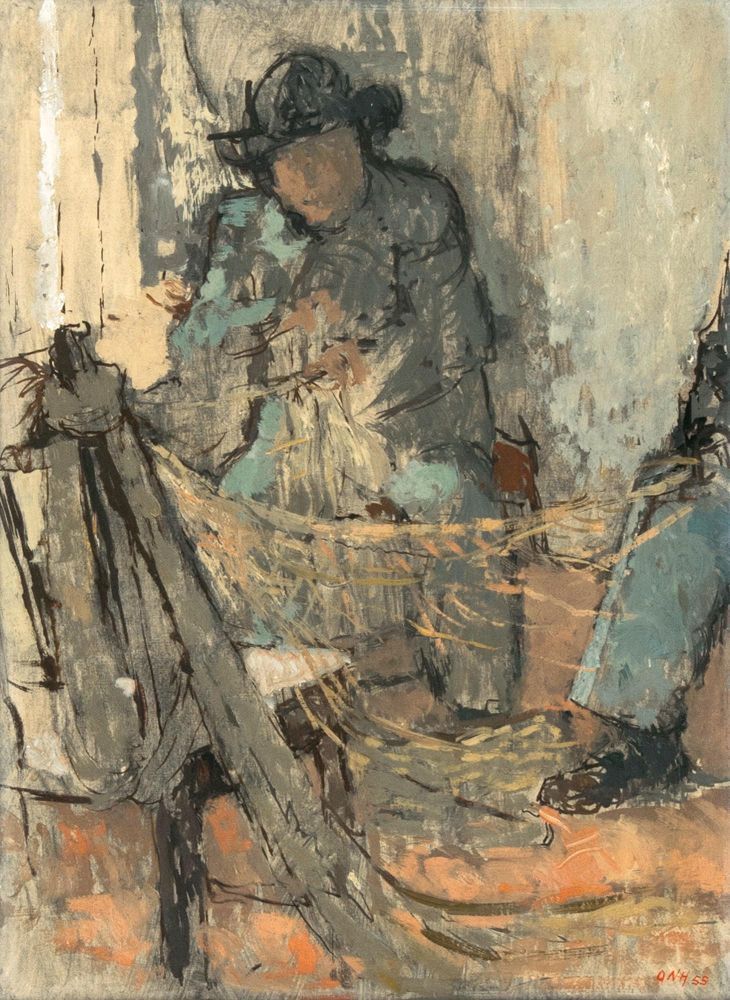 Oil/cardboard, 42 x 31 cm, lo. ri. monogr. ONH 55. - German painter and graphic artist. After serving the army N.-H. lived in Switzerland since 1916, where he began painting. During this time he met A. Jawlensky adn M. Werefkin. Later he took painting lessons from C. Witte in Kassel, but also from W. Jaeckel and A. Segal. He lived in Berlin since 1926 but moved to the island Usedom in 1933. During the 'Third Reich' he was banned from exhibitions. In spite of his critical remarks of the politics of the GDR he became professor in 1964 a. member of the Akademie der Künster der DDR in 1969. Mus.: Dresden, Kiel, Schleswig (SHLM), Magdeburg, Oberhausen, Erfurt. Lit.: Vollmer, Feddersen: Schleswig-Holsteinisches Künstlerlexikon.