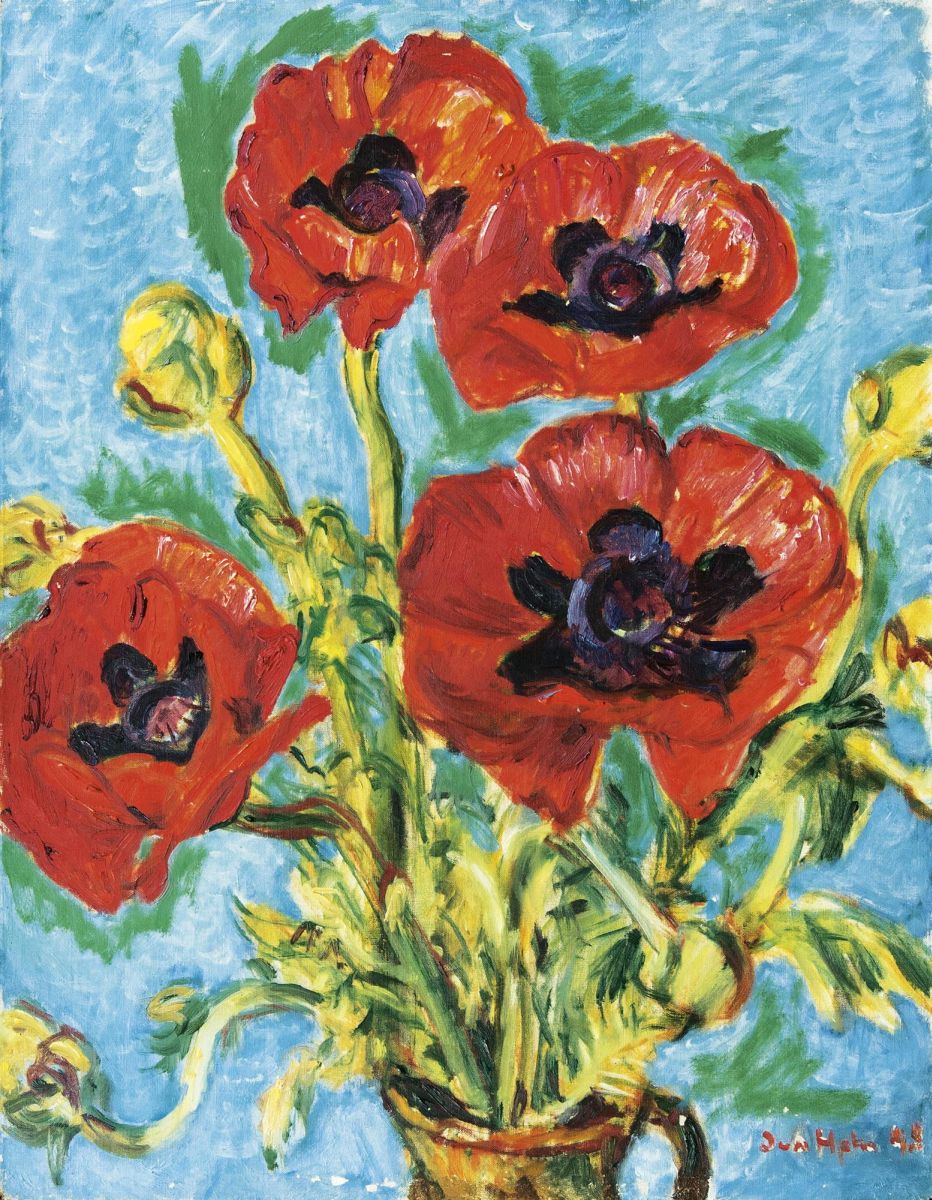 Place a bid for "Red Poppies":