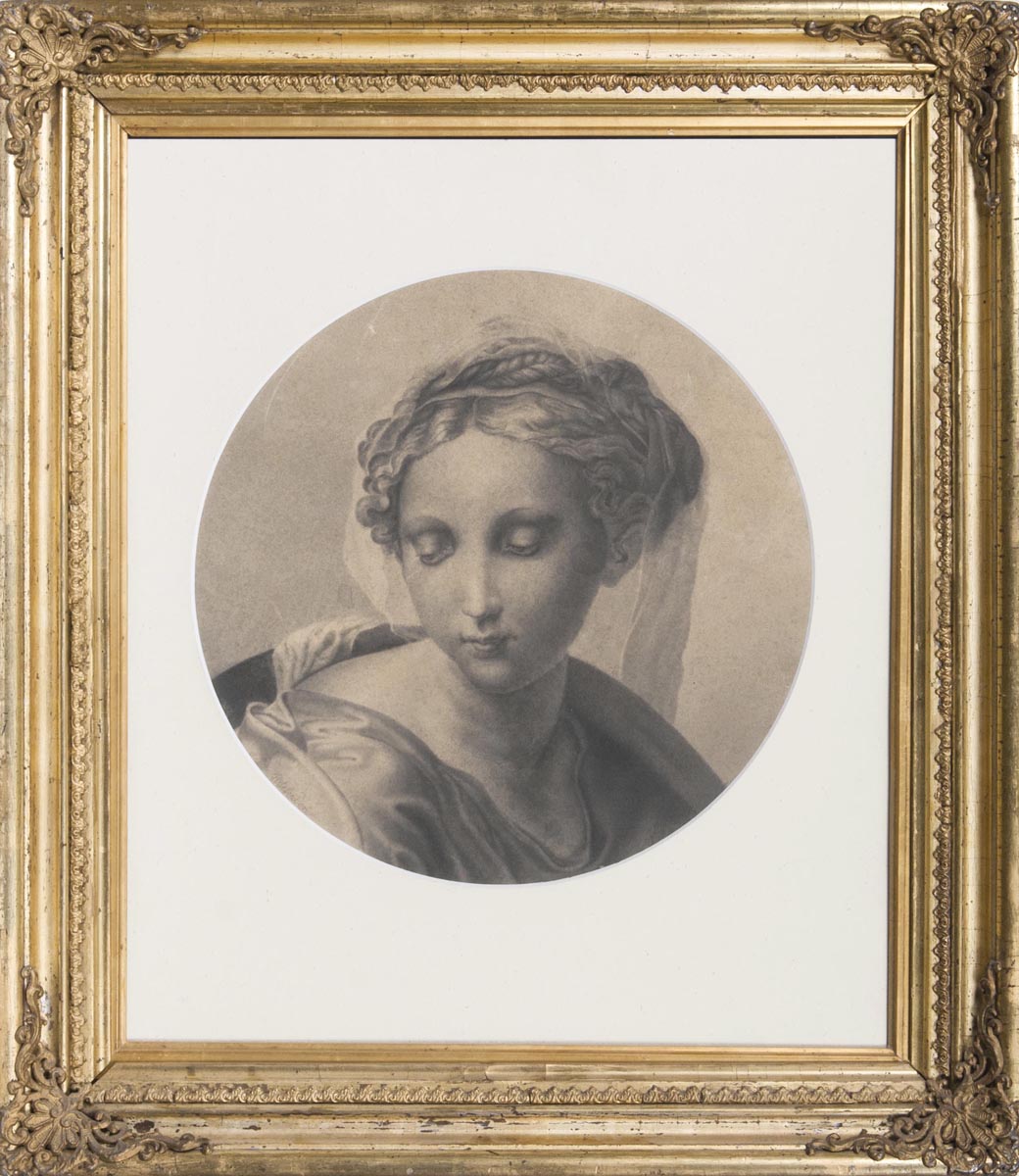 Charcoal drawing, d. 33 cm, lo. le. sign. W. Schadow, inconspicuous traces of age, matted and framed under glass. - German artist, one of the most important painters of the 19. cent. S. was taught painting by his father, the sculptor Johann Gottfried Schadow and thereafter studied at the Berlin academy under F. G. Weitsch. In 1810 he went to Italy and in 1813 joined the Nazarener. He had a large studio in Berlin until he was made head of the Düsseldorf academy in 1826. Many of his gifted pupils followed him and established the 'Düsseldorf painting school' as the leading centre for history and landscape painting. Mus.: Berlin (Nat.-Gal.), Düsseldorf, Frankfurt (Städel), Bonn a. others. Lit.: Thieme-Becker, Lexikon der Düsseldorfer Malerschule.