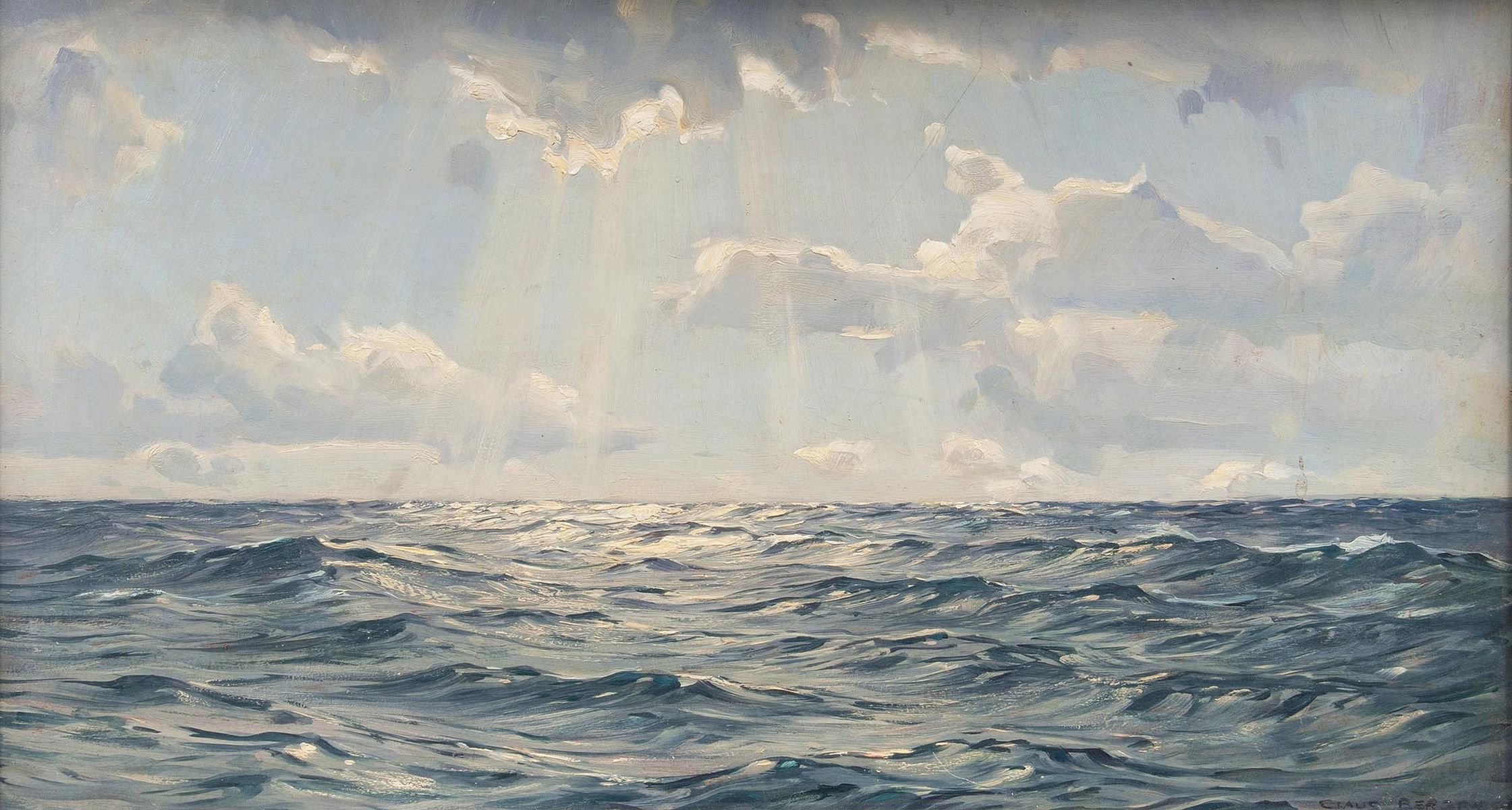 Oil/cardboard, 26 x 48 cm, lo. ri. sign. Claus Bergen. - Gemran marine painter. B. studied at the Munich Acadamy under von Marr. He travelled England and the USA; until the outbreak of WW I he worked repeatedly in Polperro in Cornwall. He is most renowned for his military marine paintings and won numerous awards. In 1982 his works were shown in 1982 a retrospective exhibition at the Deutsches Schiffahrtsmuseum Bremerhaven. Mus.: Munich, Wuppertal, Nuremberg, London. Lit.: Thieme-Becker, Bénézit, Jensen: Kiel und die See, Hormann/Kliem: C. B. - Marinemaler über vier Epochen.