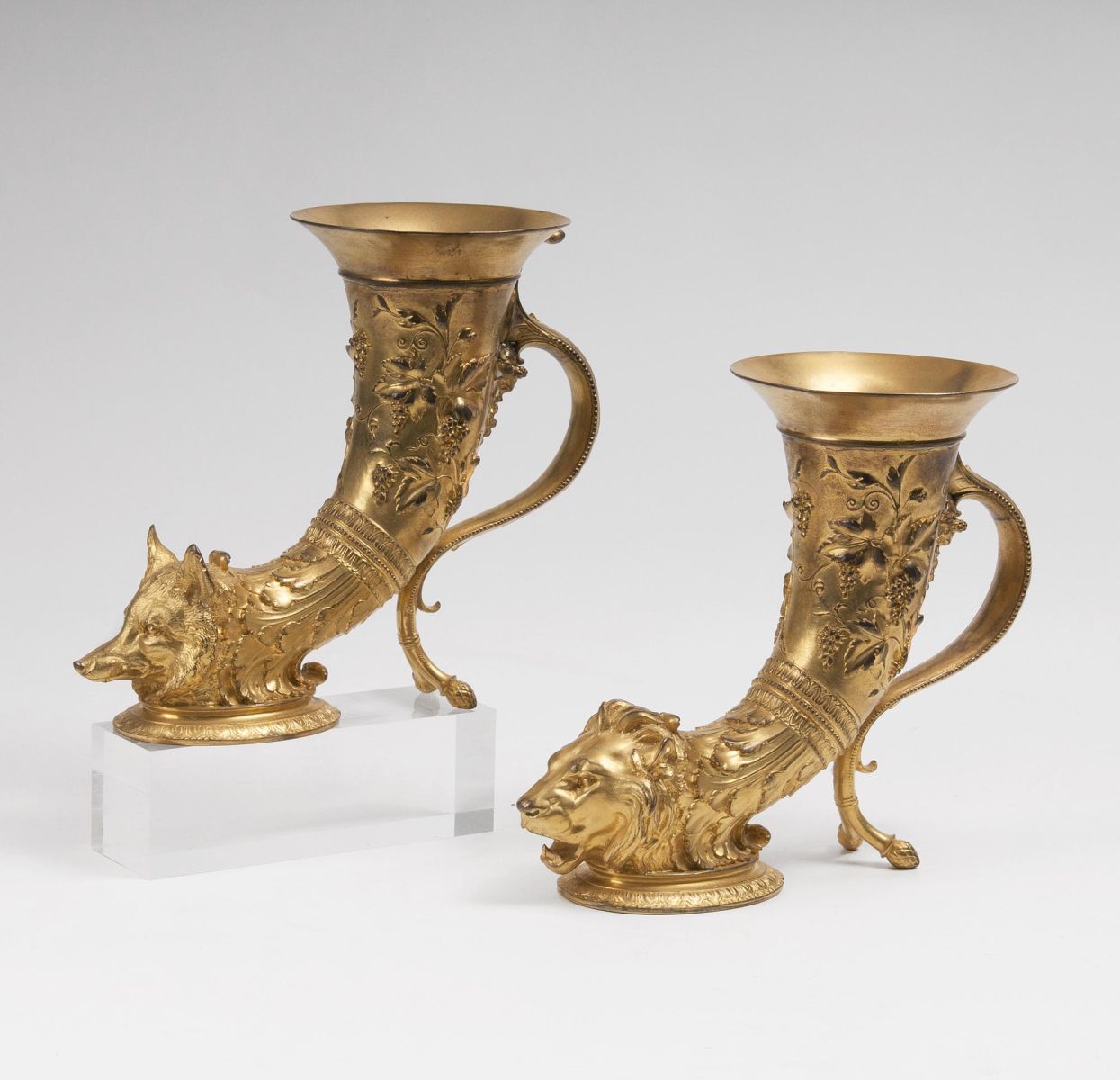 Paris, designed around 1862, near-term work by F. Barbedienne. Gilt bronze. Drinking vessels (rhytons) with fox or lion's head finial, the wall decorated with reliefed vine tendrils and leaves as well as ornamental borders, cambered handles with pine cone finials. The bronzier Désire Attarge (1820-1878) is being mentioned commonly as one part of the association between Sévin and Barbedienne because of his highquality craft. At the plinth's border foundry mark by 'F.BARBEDIENNE'. Partly rubbed. H. 19 cm. - Literature: See the copy in silver at Musée d'Orsay, Paris, OAO 1425. - French sculptor and designer for ornamental patterns, from 1855-1888 highly talented chief designer at Barbedienne's, responsable for numerous designs in historicism and eclecticism style.