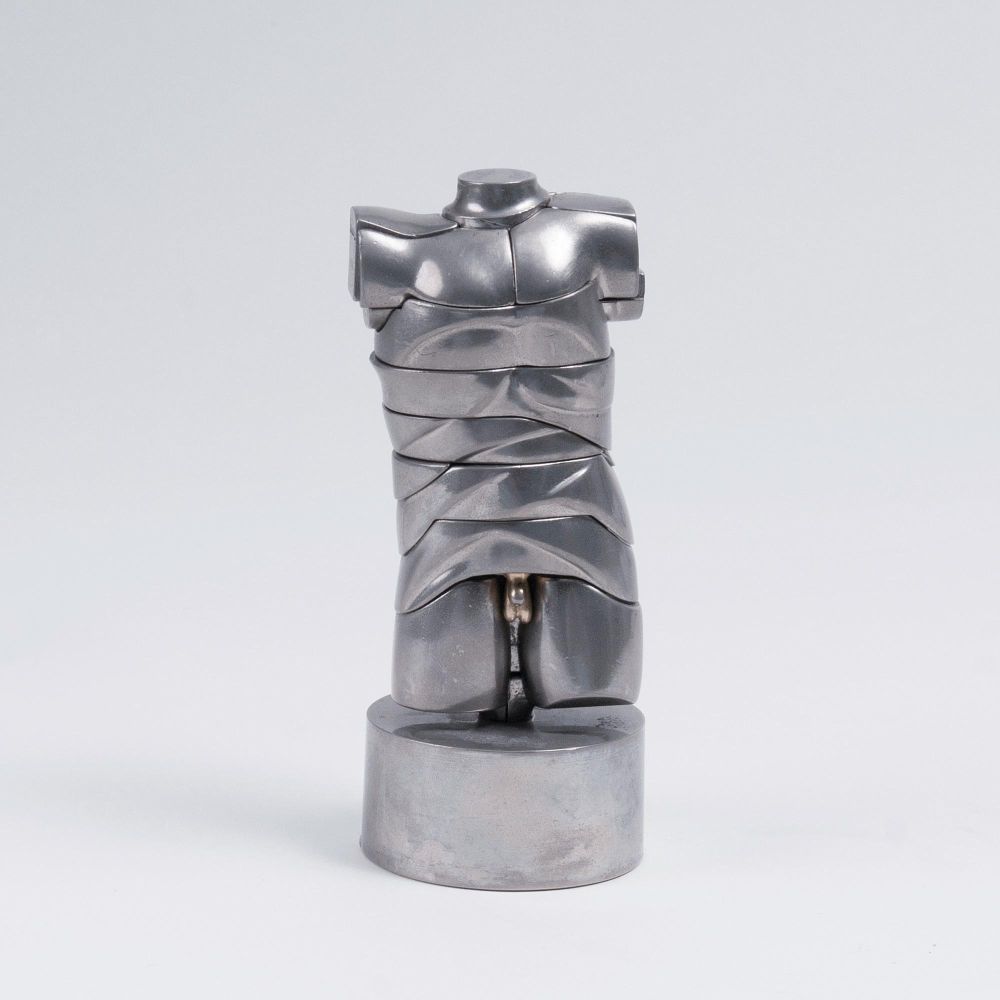 1969. Nickel plated, base metal. Sculpture consisting of 22 parts, one forming a ring. Numbered copy 4830/10000. Sign. and numbered on the right arm. Figure h. 11 cm, base h. 3 cm. - Spanish sculptor. B. began studying architecture in Madrid in 1949 but also painting and sculpting. After meeting Giacometti and Chillida in Paris he definitely turned to sculpture. Since the late 1950s he began creating the typical dismountable figures. He exhibited among others at the Documenta 1964 and received many awards. In 1966 he was lecturer at the Hamburg Hochschule für Bildende Künste. Mus.: New York (MoMA). Lit.: AKL.