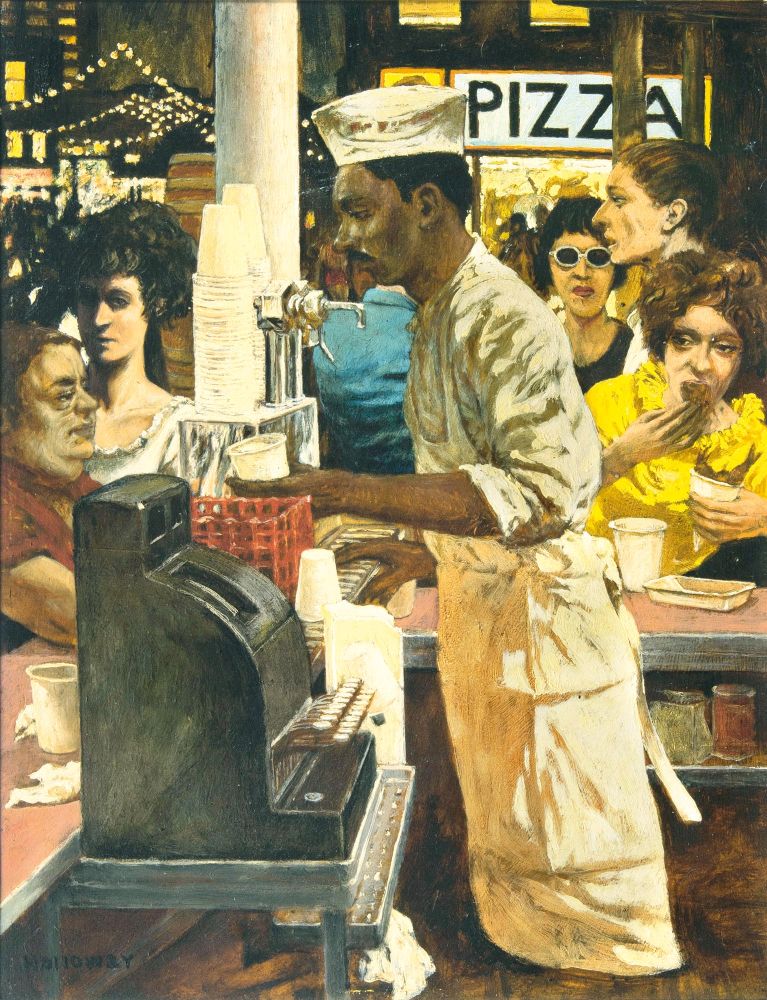 Oil/fibre board, 38,5 x 29,5 cm, lo. le. sign. Holloway, on the reverse sign. and dat. K. Holloway 1966 as well as titled. - The artist shows matter-of-factly the living and working conditions of the American society of the 60s on Coney Island. - American painter and musician. H. studied until 1957 at the Lewis and Clark College in Portland, lived in several American cites and travelled Europe for some years before settling in the Pacific North-West.