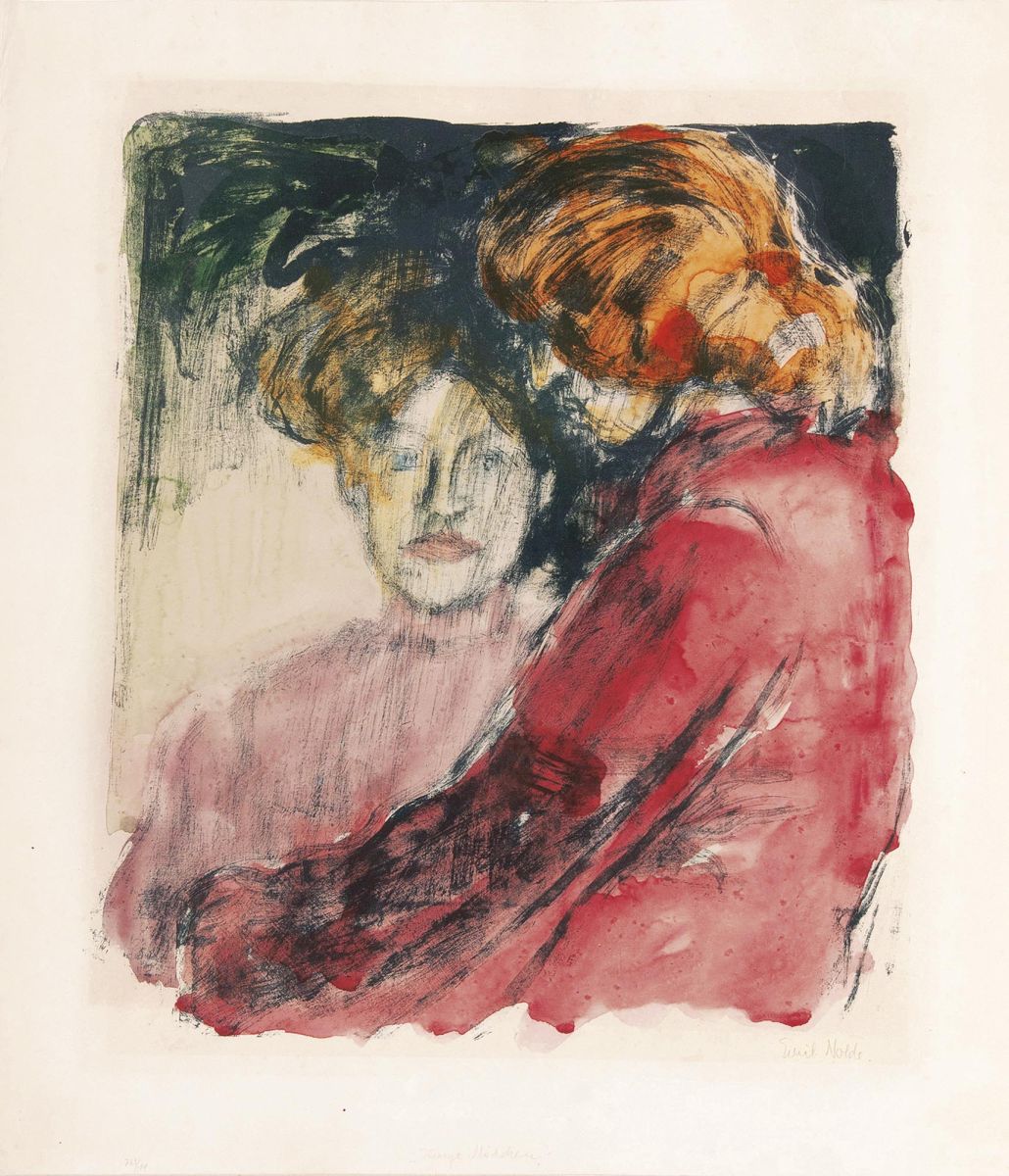 1907, Watercolour over lithograph, 45 x 40 cm, lo. ri. autographed Emil Nolde, lo. middle titled 'Junge Mädchen', lo. le. num. 763/11, unframed. - For the artwork © Nolde-Stiftung Seebüll. - Only two hand-coloured copies are known of the lithograph which was printed uncoloured in 100 copies. - Literature: Cat. rais.: Schiefler/Mosel 15. - Painter, graphic artist and sculptor, one of the leading German expressionists. After being trained at the Sauermann sculpting school in Flensburg N. worked in Switzerland and in Munich. Because the local academy refused him he studied at A. Hölzels art school, followed by studies at the Académie Julian in Paris in 1899. Thereafter he lived in Copenhagen and Berlin where he for a short time became member of the artist's group 'Brücke' in 1906/07. He was co-founder of the 'Neue Secession' in Berlin in 1910. In 1926 he began to erect his world famous house and studio in Seebüll. Among others his works were showcased at the Documenta I to III and are today in the most eminent collections all over the world. Mus.: Seebüll (Nolde-Stiftung), Berlin (Neue Nat.-Gal., Brücke-Mus.), Munich (Pinakothek der Moderne), Vienna (Belvedere), Essen (Folkwang-Mus.), Nuremberg (Germ. Nat.-Mus.), Hamburg (Kunsthalle) a. others. Lit.: Thieme-Becker, Vollmer, Bénézit a. others.