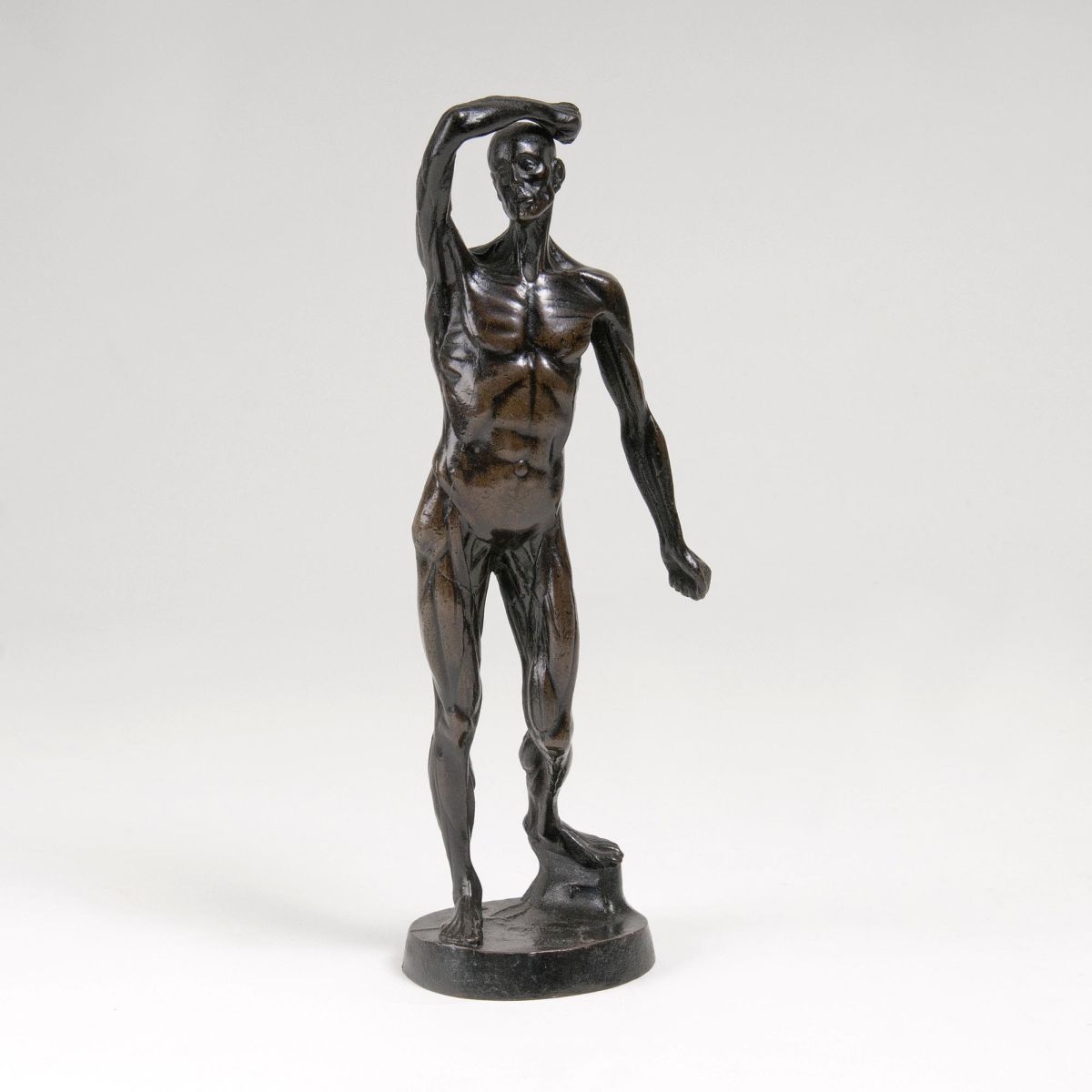 Late 18th cent. Bronze with brown patina beneath remainders of black lacquer. Oval plinth with two drill holes. H. 23,5 cm. - Anatomical figures such as this were used in 18th cent. to teach both medical and art students, for example in the anatomy classes held by the famous anatomist and pioneering obstetrician William Hunter at the Royal Academy of Arts in London. This example was probably cast from a famous wax by the Anglo-Danish sculptor Michael Henry Spang (died 1762) whose model is in the Hunterian Museum in Glasgow. Further bronze examples are known in the V&A Collections or in the Metropolitan Museum as well as in private collections. - Outstanding British gem cutter, medal maker and wax modeler, casted bronzes after his own and foreign designs.