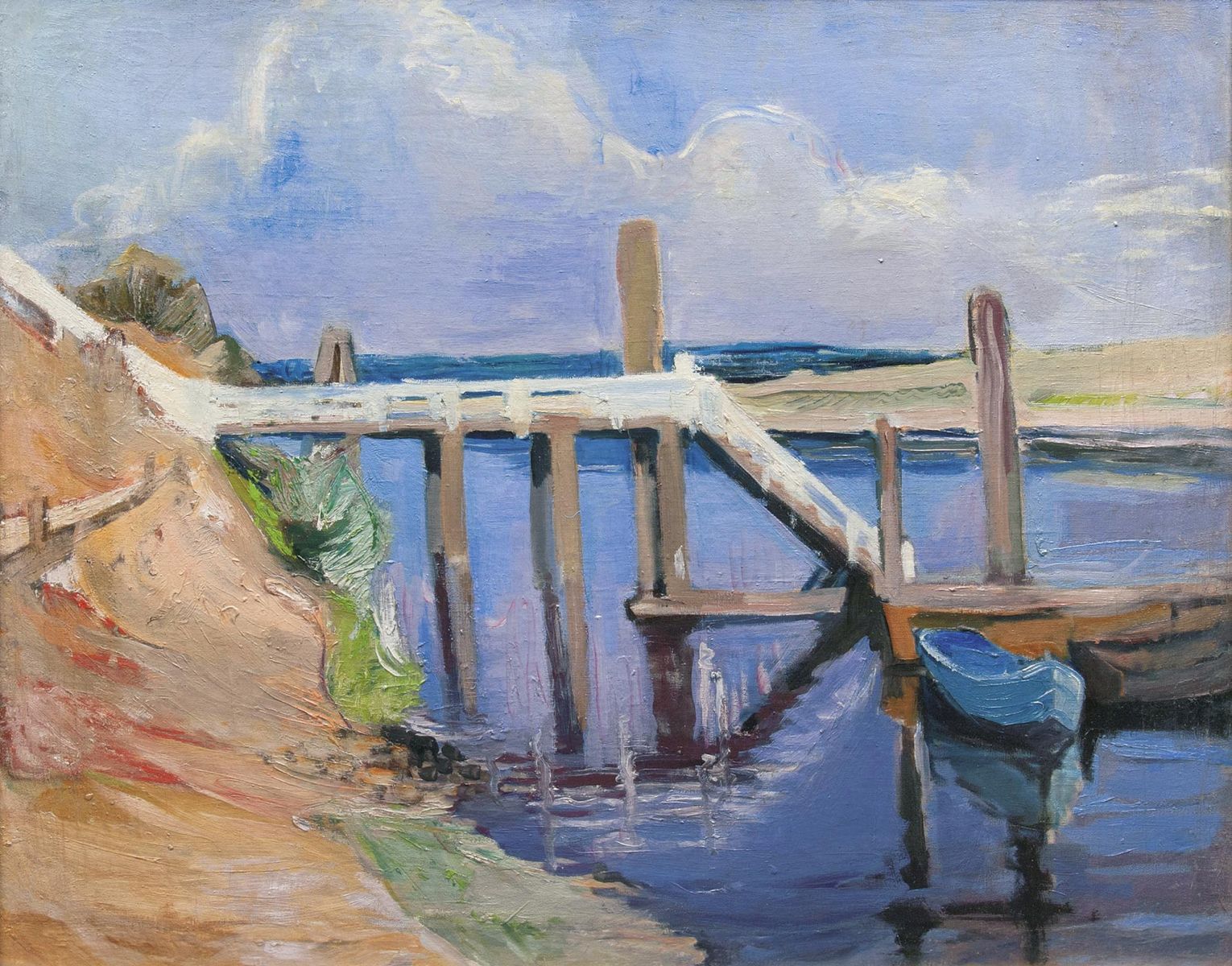 Landing Stage in the Haven of Finkenwerder | Result 8.300 €

Late 1920s, oil/canvas, 75,5 x 94 cm, on the reverse another view of the Finkenwerder haven. - Exhibition: Drei Malerinnen der Hamburgischen Sezession: Anita Rée, Alma del Banco und Gretchen Wohlwill, BAT-Haus, 1986. - Literature: Cat. rais.: Rosenkranz 9 &10. - Painter and graphic artist. W. studied at the Ladies painting school of Valeska Röver in Hamburg under E. Eitner and A. Illies as well as in Paris at the Académie Stettler; she was also assistant in the studio of H. Matisse. Back in Hamburg she was amoung the co-founders of the Hamburg secession, but had to emigrate to Portugal in 1940. She returned to Hamburg in 1952. Her impressionist style was much influenced by P. Cézanne a. H. Matisse during her Paris sojourn, later she turned to New Objectivity a. the Hamburg secession style. Mus.: Hamburg (Hamburger Kunsthalle, Altonaer Mus.), Schleswig (SHLM), Flensburg a. others. Lit.: Der Neue Rump, M. Bruhns: G.W. - eine jüdische Malerin aus Hamburg with cat. rais. a. others.