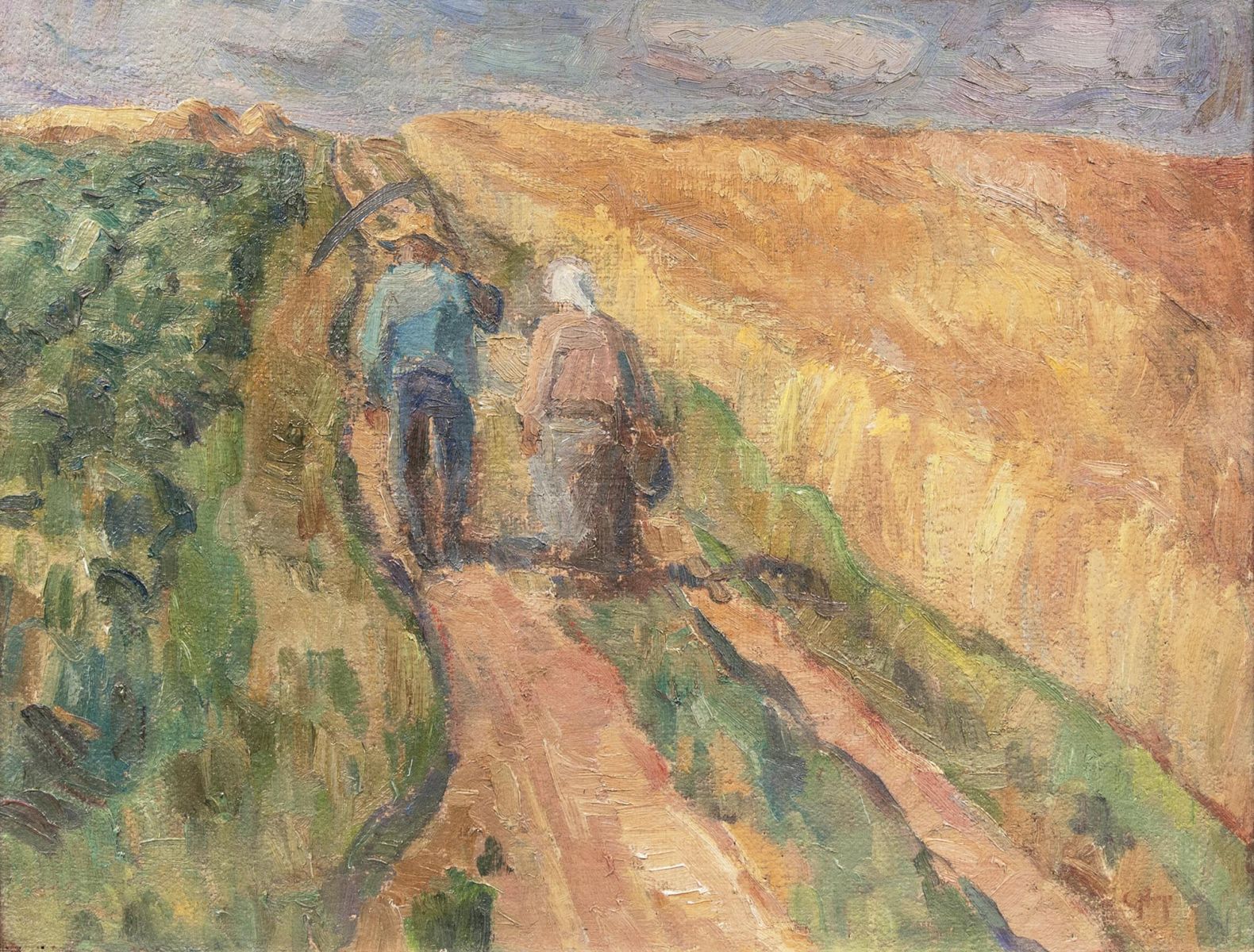 Oil/canvas, 50,5 x 66 cm, lo. ri. sign. C. Arp. - German landscape painter. A. studied since 1886 at the Weimar academy under Th. Hagen a. L. von Kalckreuth, followed by a sojourn of several years in Italy. He returned to the Weimar Kunschule in 1891 but quit without degree in 1894 because one of his paintings was withdrawn from an exhibiton by order of the Weimar duke. Thereafter he worked in Kiel a. Weimar a. travelled extensively. In 1912 he was made professor. He exhibitied in Munich, Berlin a. Düsseldorf. A. was a close friend of Christian Rohlfs. Mus.: Kiel, Danzig, Weimar. Lit.: Thieme-Becker, Vollmer, Bénézit a. others.