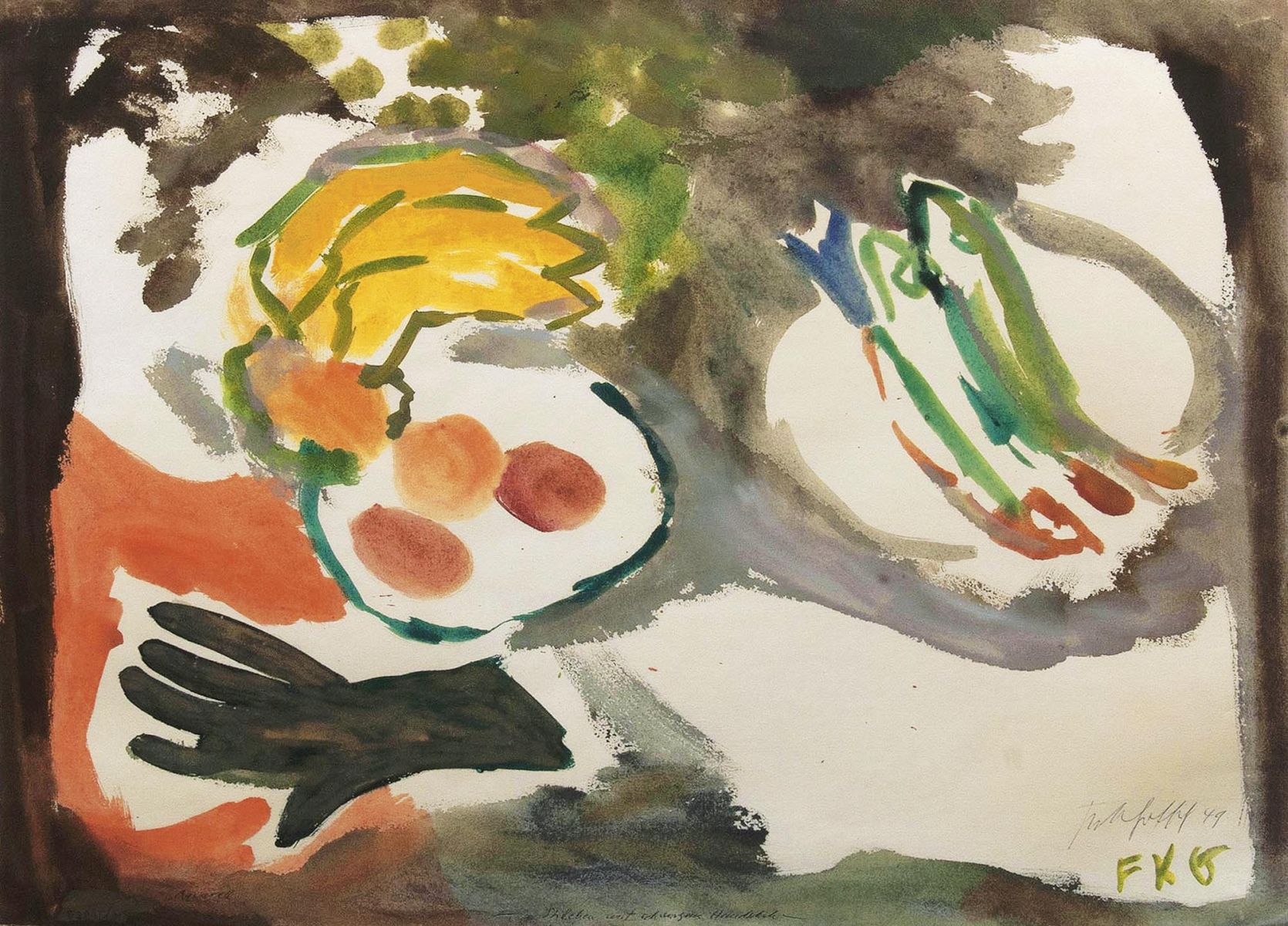 Watercolour, 53 x 71 cm, lo. ri. sign. FKG as well as sign. a. dat. Fr. K. Gotsch 49, framed under glass, uninspected out of frame. - German landscape painter. G. was pupil of H. Ralfs in Kiel, and studied at the Dresden Academy under O. Hettner a. O. Kokoschka since 1920. Together with Hilde Goldschmidt he studied at the Académie Colarossi in Paris in 1926/27, followed by study trips to the USA, to Paris, Italy and Munich. After WW II, when he lost most of his oeuvre, he settled in St. Peter-Ording on the shore of the North Sea. 1949-51 he taught at the 'Baukreis', an art school founded by A. Fiedler in Hamburg. In 1971 the F.-K. Gotsch trust was founded. Among his prizes is the Villa Romana award. Mus.: Los Angeles, Genf (Petit Palais), Schleswig (SHLM), Würzburg a. others. Lit.: Vollmer, P. Goeritz u.a.: Friedrich Karl Gotsch, Werkverzeichnis der Gemälde, Schleswig 1992 a. others.