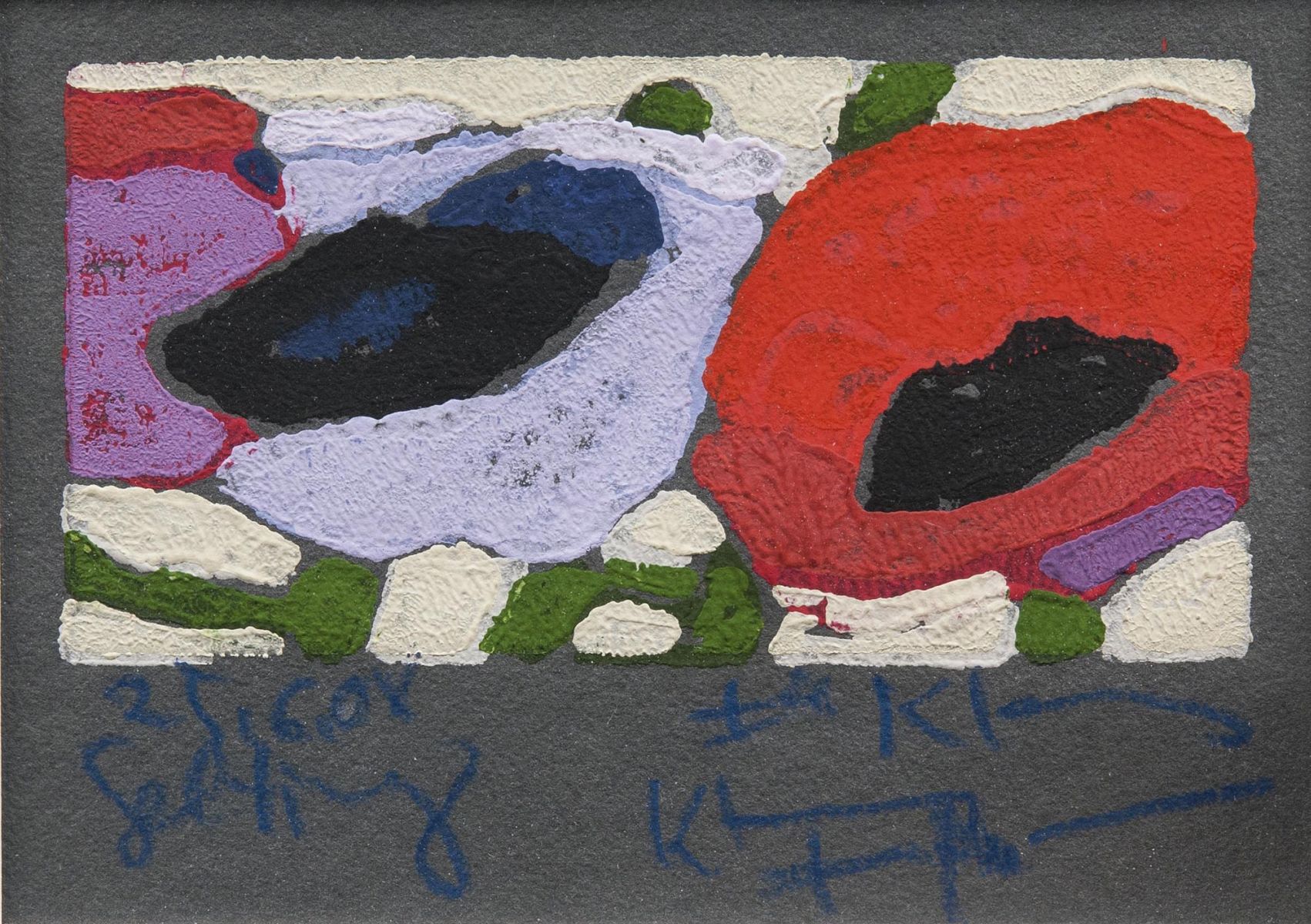 Linocut in colours, 7 x 14 cm, lo. ri. autographed Kl Fß as well as dedicated, lo. le. dat. 25.06.08 and inscribed 'Gelting', matted and framed under glass, uninspected out of frame. - German landscape and flower painter. F. studied at the Essen Folkwang school and at the Berlin academy where he later became professor. He won numerous national and international awards and had many exhibitions, among others in the 'Neue Nationalgalerie' in Berlin. He painted the ceiling in the hall of mirrors in the Hamburg arts and crafts museum.