A Doorknocker with Neptune and Two Hippocamps 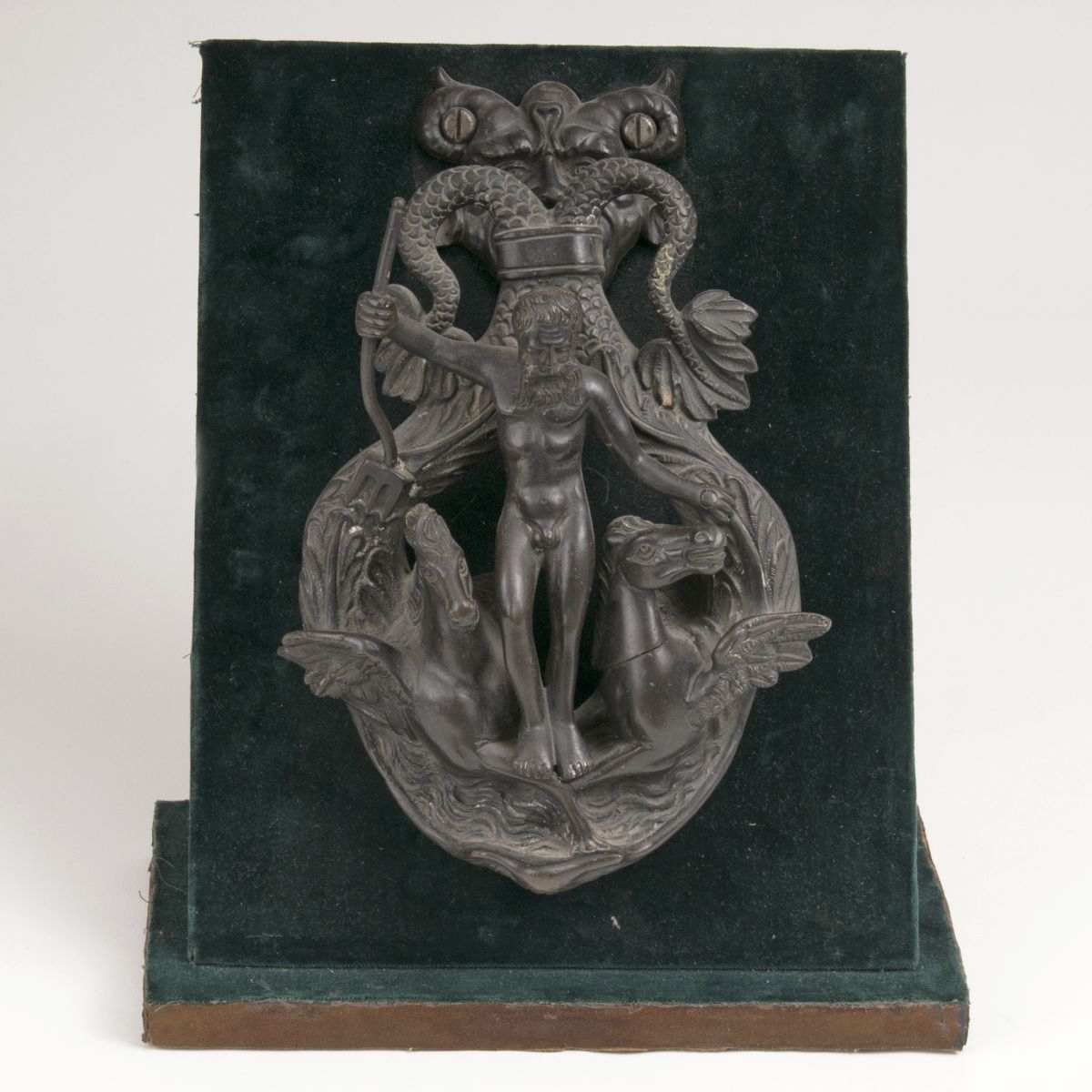 A Doorknocker with Neptune and Two Hippocamps | Result 600 €

Italy or France, probably 19th cent, after a model by Alessandro Vittoria (1525-1608). Bronze with dark patina, mounted on green velvet. Knocker: 24 x 19 cm, mask mounting: 9 x 10 cm. - The so-called 'Neptune Door Knocker' is generally attributed to an invention of Alessandro Vittoria, Venice's leading sculptor in the second half of the sixteenth century, and was cast in the 17th cent. and later in many foundries. -