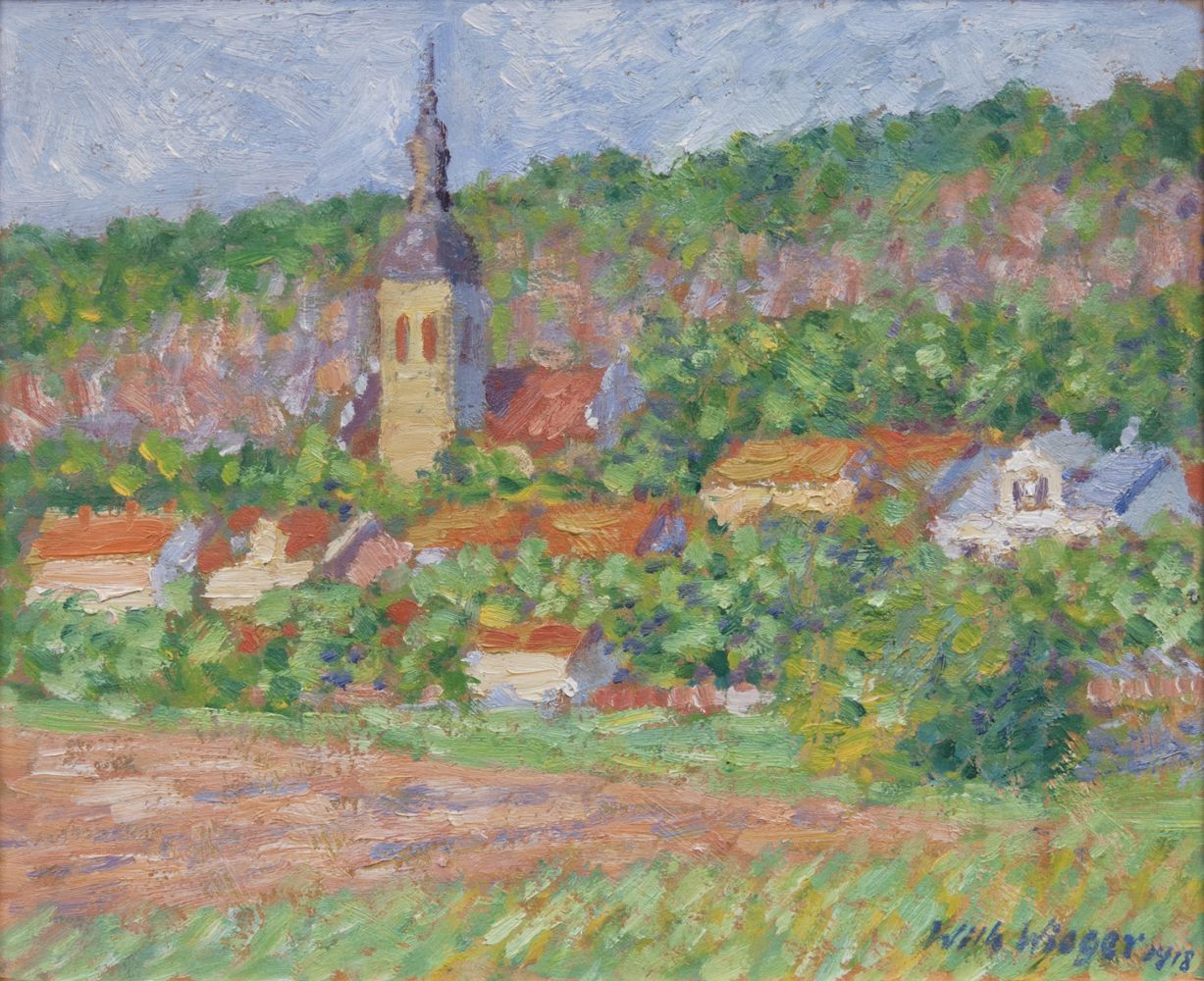 Oil/cardboard/wood, 22,5 x 28 cm, lo. ri. sign. and dat. Wilh. Wieger 1918, on the reverse sign. and dat. again as well as inscribed Grenna. - German painter. W. studied at the Kunstgewerbeschule Krefeld under J. Thorn-Prikker since 1907, in 1908 he studied at the Munich academy. Since 1909 he shared a studio with H. Macke near Krefeld where he regularly met J. Thorn-Prikker and H. Nauen. After travelling Italy W. continued his studies at the Weimar academy under F. Mackensen. Thereafter W. lived and worked in different places, among others 1917-21 in Sweden, but also in Berlin, Vienna and Switzerland. After WW II he also painted frescoes. Lit.: Thieme-Becker, Vollmer, Ausst.-Kat. Schwelm: W. W., 1980 a. others.