Siegward Sprotte: Fishing Boats in the Harbour of Wyk on Föhr I 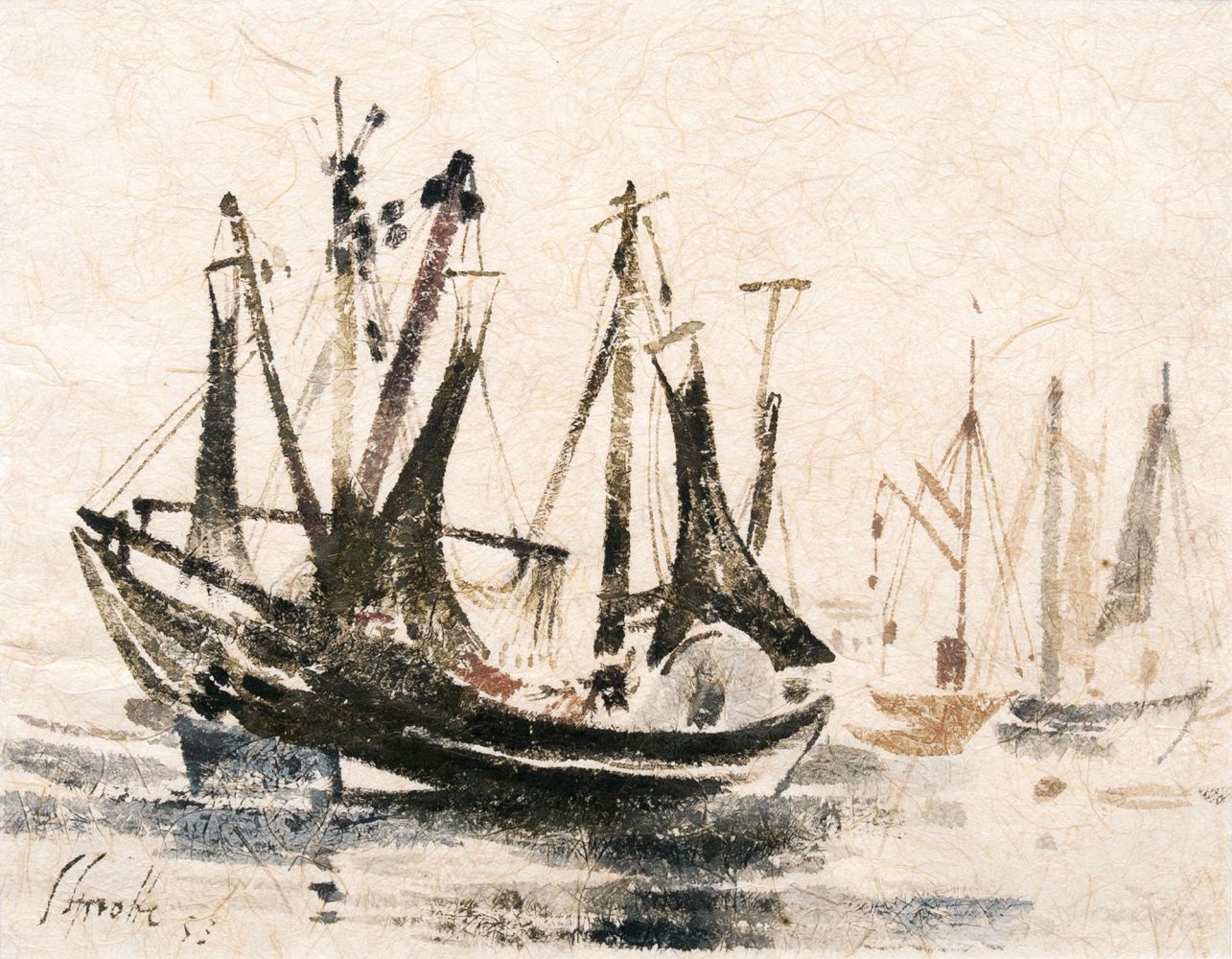 Fishing Boats in the Harbour of Wyk on Föhr I

Watercolour, 44 x 58 cm, lo. le. sign. and dat. S. Sprotte 53, on the backing cardboard confirmation of authenticity by Cosmea Sprotte, matted and framed under glass, uninspected out of frame. - Painter and draughtsman with background of philosophical aesthetics. S. was pupil of Emil Orlik in Berlin and master student of Karl Hagemeister in Werder/Havel. He worked and lived in Kampen on Sylt, where he became a central figure of artistic life. Mus.: San Francisco (Museum of Modern Art), Shanghai, Moscow, Stuttgart, Husum a. others. Lit.: Vollmer a. others.