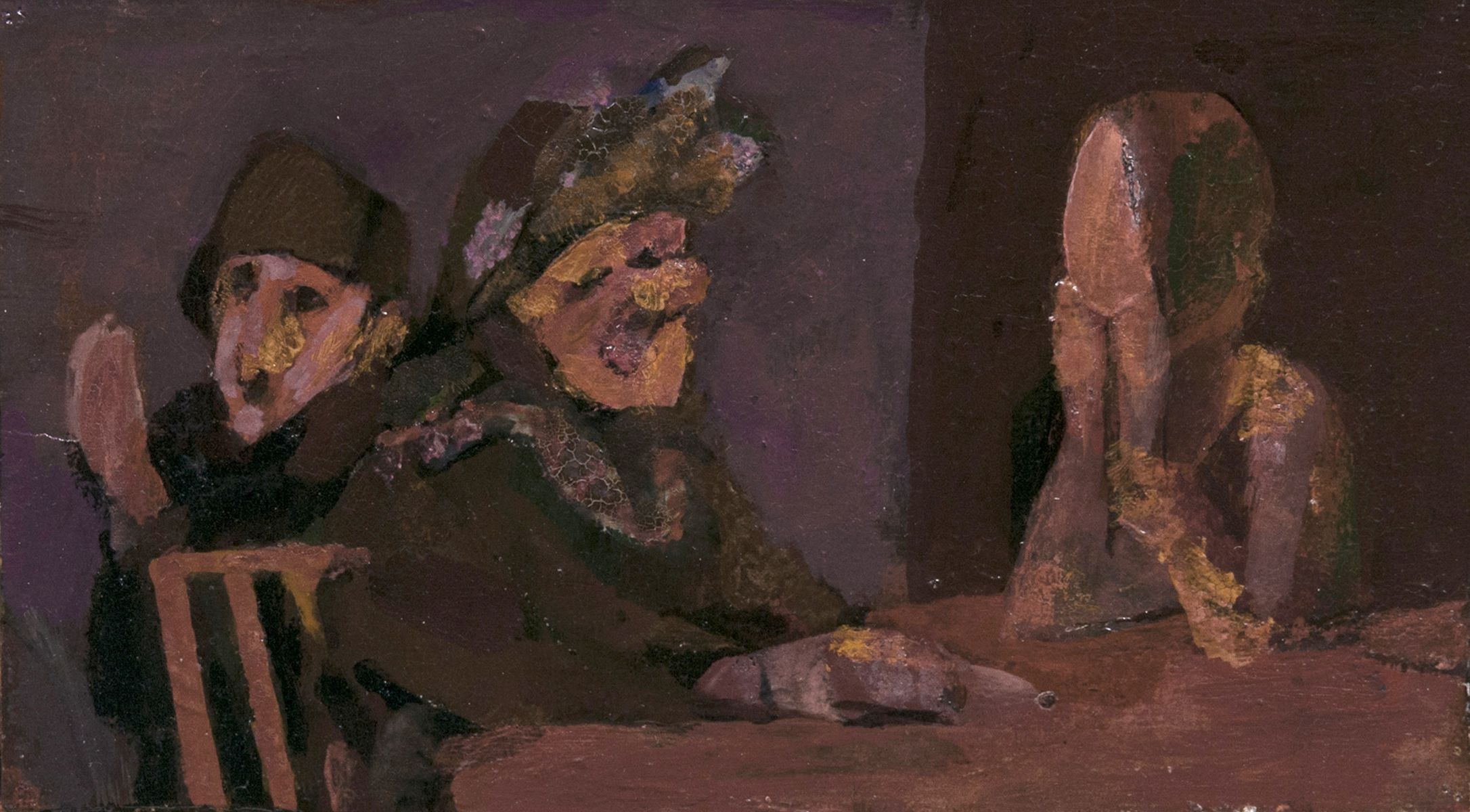 Tempera/canvas/fibre board, 15,5 x 27,5 cm, on reverse on old label sign. as well as dated 1944/45 and titled by another hand. - Figure and landscape painter, apprenticeship as litographer at the Werkkunstschule Offenbach, after sojourn in Worpswede 1922 he studied at the Hamburg Werkkunstschule under W. Titze, was promoted by Rosa Schapire, member of the Darmstadt a. the Hamburg secession, the style of which he helped to form, 1946 he became professor at the Hamburg Landeskunstschule, in 1959 he was awarded the Edwin Scharff award, 2004 retrospective in the Hamburg Kunsthalle. Mus.: Hamburg (Kunsthalle, Altonaer Museum), Schleswig (SHLM), Marburg, Oldenburg a. others. Lit.: Der Neue Rump, Bruhns a. others.