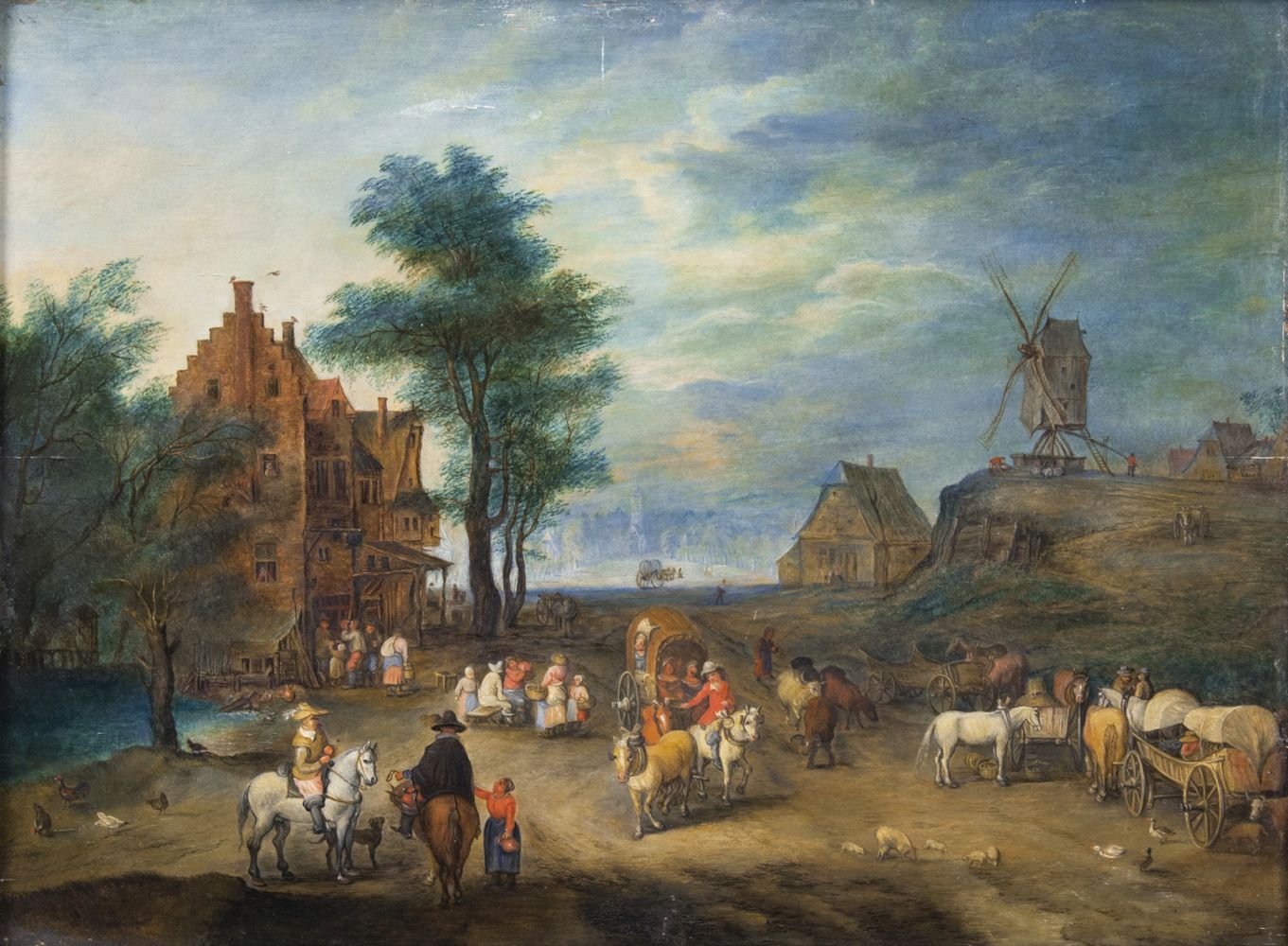 Village with Windmill and Inn | Result 300 €

Early 20th cent., oil/wood, 24,5 x 33 cm, min. dam. - Flemish history, landscape a. flower painter, son a. pupil of Jan B. the Elder. In 1622 he travelled to Italy, after his father's death in 1625 he took over his flourishing workshop in Antwerp. Later he worked also for the Brussels court a. the Paris tapestry manufacture. He continued his father's work. His landscapes, often allowing a view to a misty distance show a delicate perspective of colours, his minutely painted flowers captived by the jewel-like refinement. Mus.: Amsterdam (Rijksmus.), Florence (Uffizi), London (Nat. Gal.), Milan (Brera) a. others. Lit.: AKL, Thieme-Becker, K. Ertz: J. Brueghel d.J, WVZ, 1984 a. others.