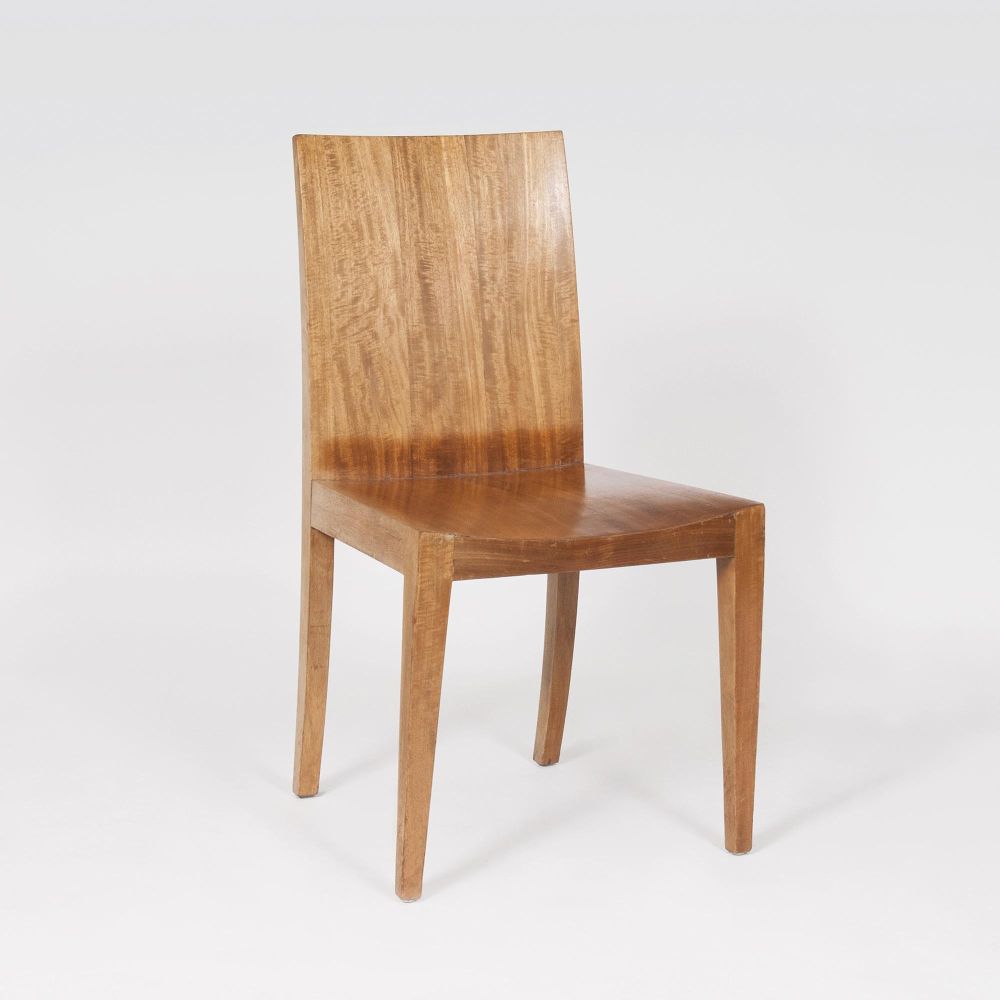 Paris, around 1935. Sycamore wood, veneered. Stamped on the bottom: 'J.M. FRANK CHANAUX & Co'. Geometrical formed chair with a slight seat shell on square feet, back-ones slightly curved. Min. traces of age and usage. H. 87,5 cm, w. 45,5 cm, d. 45 cm. - In collaboration with the cabinet maker and decorator Adolphe Chanaux, with whom he founded in 1931 the workshop 'La Ruche'. - French Decorator, Interior and Furniture Designer and one of the most influential representatives of the French Art Déco. Frank came very early in contact with Dada and Surrealist artists and followed as from 1918 an education as decorator. During the 1920s he met the cabinetmaker Adolphe Chanaux with whom he founded in 1931 a workshop in the art village 'La Ruche' in Paris and 1932 he opened an interior store. His designs were the most requested of his time, Cole Porter, François Mauriac, Alberto Giacometi and Nelson Rockefeller were among his customers and also important couturiers sent for him to design their showrooms. 1940 emigrated to Buenos Aires and settled down in New York in 1941 where he worked for the interior design firm McMillen until his premature death. - Franks works are influenced by the geometric formalism, he knew how to combine simple forms with delicate materials and created dramatic and extravagant effects especially by using the 'Trompe l'oeil'. Lit.: Maarten van Buuren, Ein Raum fûr die Seele. Leben und Werk von Jean-Michel Frank, Frankfurt am Main.2016; Leopold Diego Sanchez Jean-Michel Frank, Paris 1980.