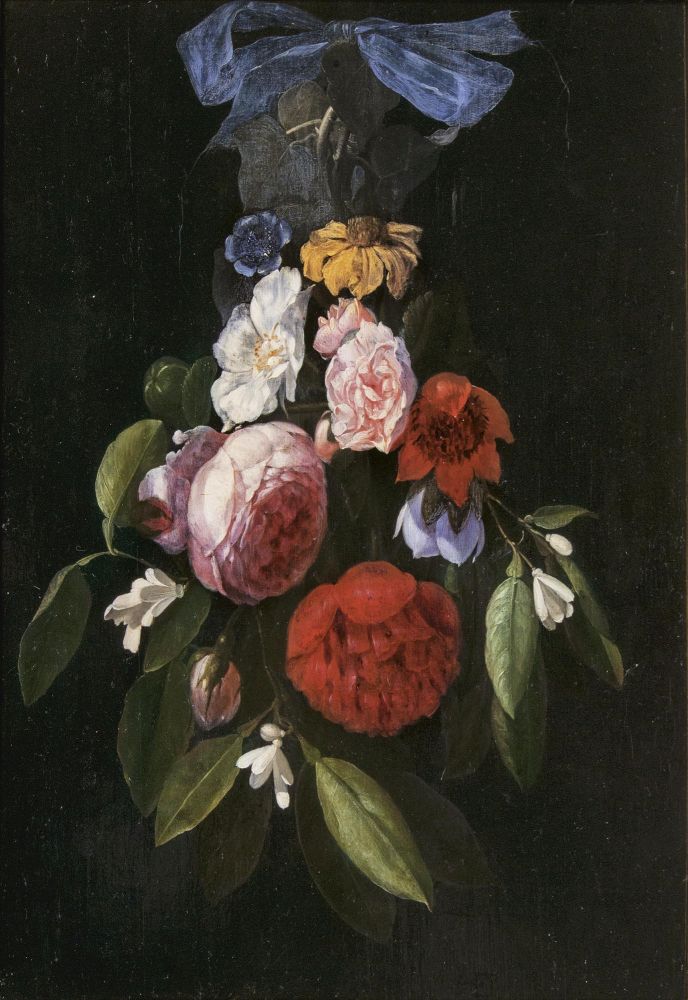 Oil/wood/wood, 52 x 36,5 cm, lo. ri. monogr. HDF, on the reverse two crowned seals. - Dutch still life painter. Nothing is known about the early life of F., maybe he was pupil of his later father-in-law Philips Wouwermans. He worked in The Hague and Amsterdam before becoming painter to the court of Frederik William in Berlin, for whom repeatedly bought art in the Netherlands. He also was inspector for the erection and maintenance of Prussian castles in the decoration of which he was also involved. Mus.: Dresden (Gem.-Gal. Alter Meister), Brunswick (Herzog-Anton-Ulrich-Mus.), Moscow (Pushkin Mus.), Antwerp, Brussels, Philadelphia a. others. Lit.: AKL, Thieme-Becker, Bernt a. others.