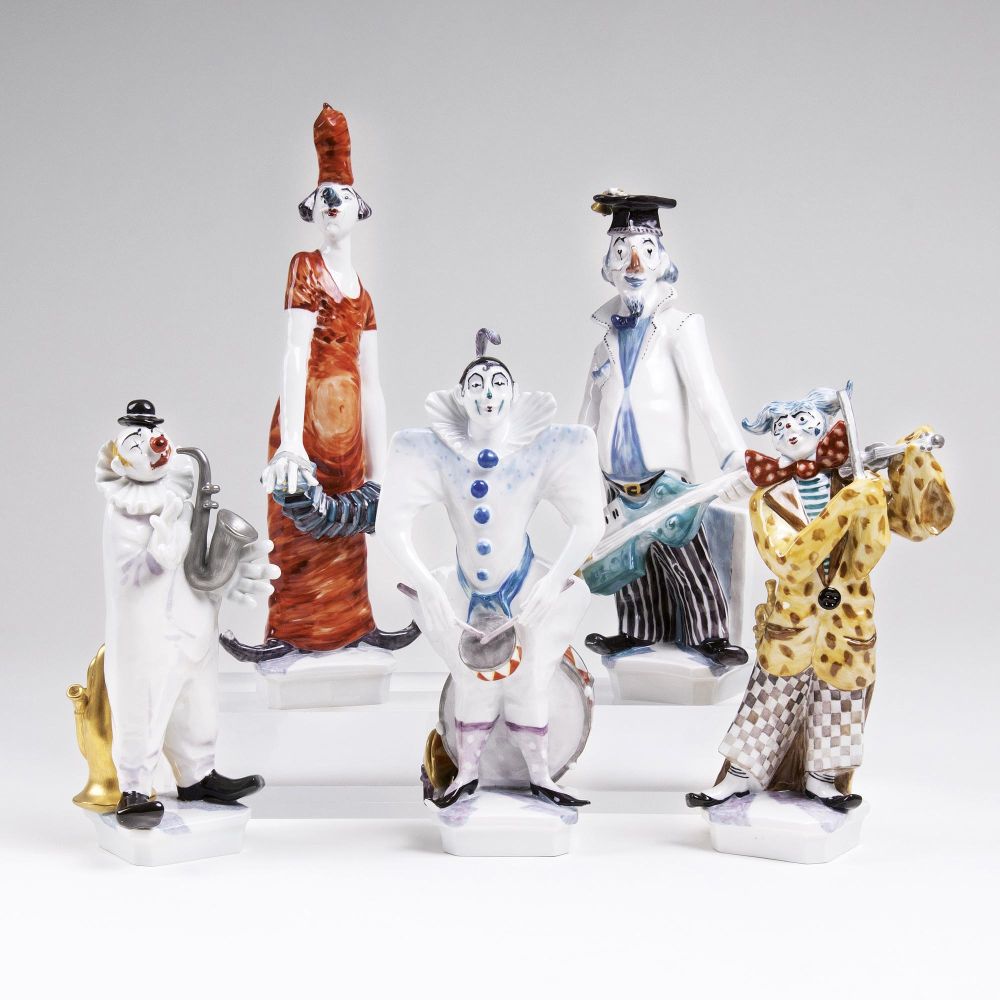 Meissen, the models from 1987/89, near-time execution. Porcelain, coloured. 5 pieces. clown with saxophone, clown with harmonica, clown with drums, clown with - German sculptor and porcelain modeler, studied at the Dresden Academy and was from 1973 until 2001 artistic director of the Meissen manufactory where he influenced substantially the artistic program. Since 2001 he works as a freelancer and created numerous models for the Schwarzburger Werkstätten and the manufactory of Volkstedt-Rudolstadt.