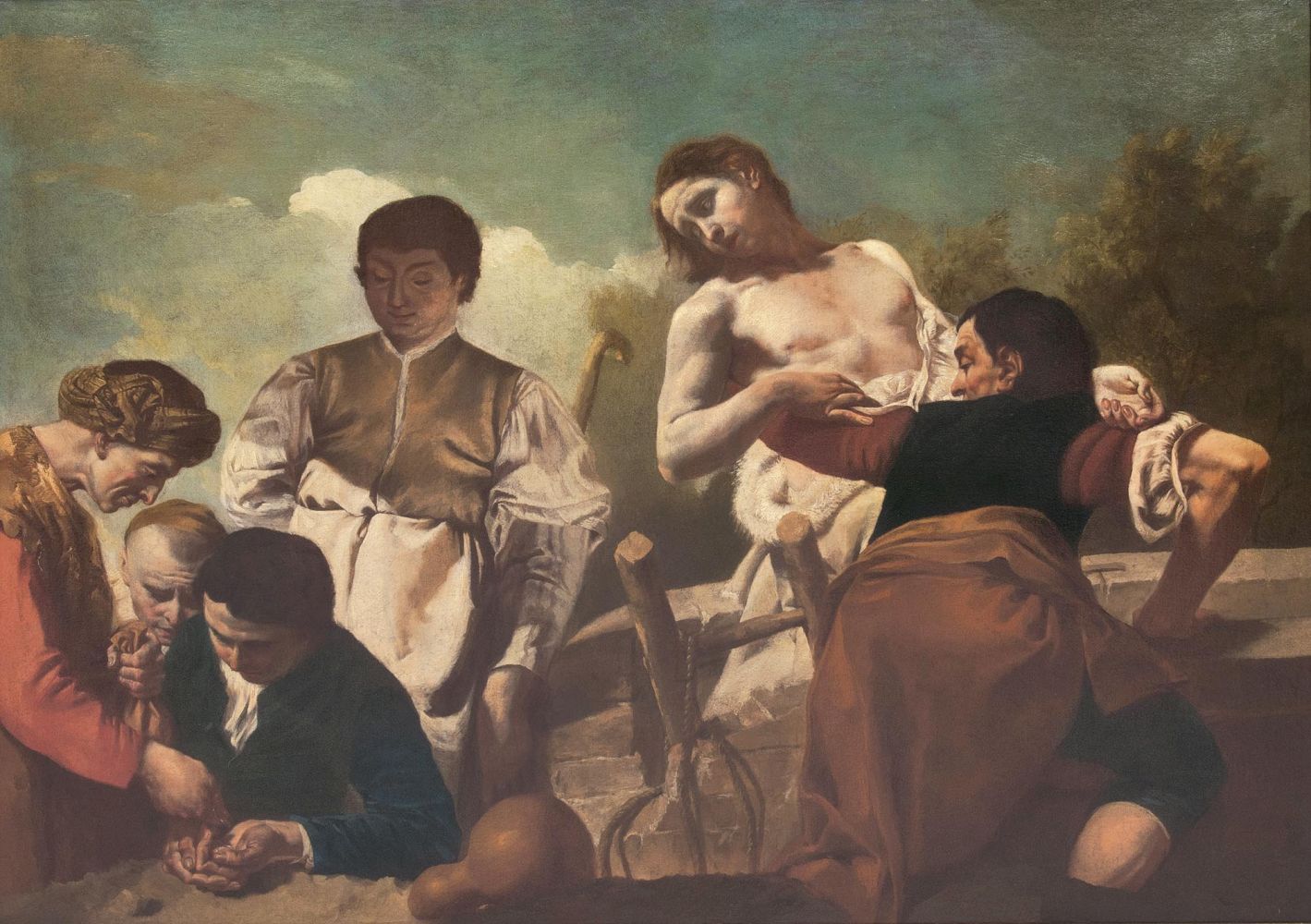 Oil/canvas, 112 x 150 cm, rest., relined. - An almost identical version of the painting at hand had been bought by the Metropolitan Museum in New York in 1929. - Joseph, one of twelve sons of the Old Testament father Jacob, was hated by his brothers for his superiority. They seized an opportunity to throw him in a dry well and sold him to passing slave traders. Those brought Joseph to Egypt were he developed into the most important minister of the Pharaoh and much later saved his brothers from a famine. - Expertise: Enrico Lucchese, with confirmation of authenticity. - Italian history painter. A. was since 1731 pupil in the workshop of G. B. Piazzetta the head o which he was since 1745. Following the manner of his master he added an easiness in form and colour that led to rococo. Mus.: Florence (Uffizi), St. Petersburg (Hermitage), Paris (Louvre) a. others. Lit.: AKL, Thieme-Becker, Bénézit a. others.