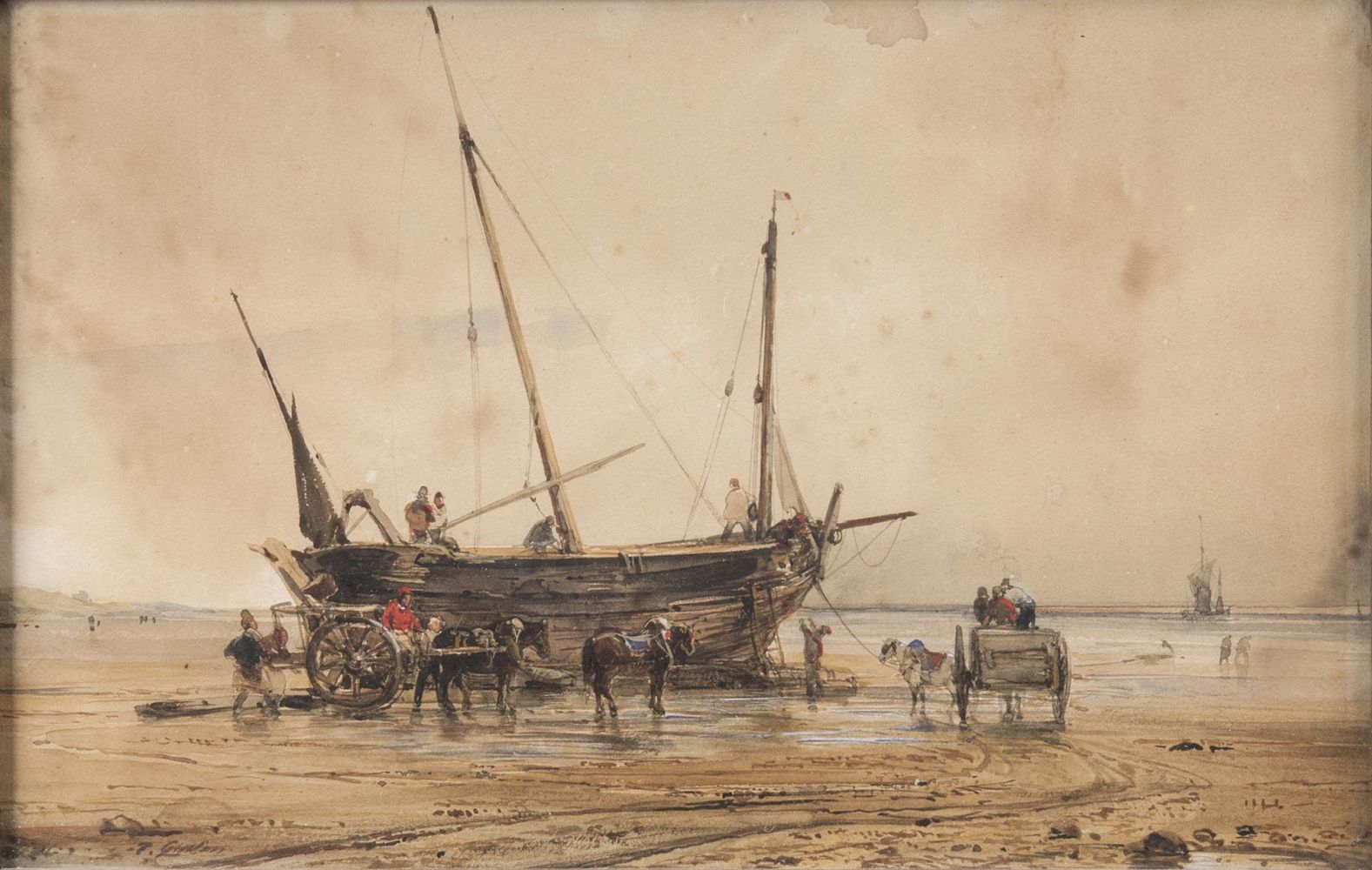 Watercolour, 18 x 28 cm, lo. le. sign. T. Gudin, traces of age, framed under glass, uninspected out of frame. - French marine painter. G. studied under A. Girodet-Trioson but soon followed Géricault and Delacroix. As early as 1824 he was awarded a gold medal, and the medal of the legion of honour in 1828. On commission of king Louis Philippe he created numerous depicitions of the heroic deeds of the french marine; he also worked for the tsar in 1841. He exhibited not only in Paris but also at the Royal Academy in London. His marine paintings capture by their dramatic illumination adn their romantic mood. Mus.: Paris (Louvre), Hamburg, Berlin (Nat. Gall.), London, Amsterdam, Brussels, Moscow, Versailles, Breslau a. others. Lit.: Boetticher, Thieme-Becker, Bénézit a. others.