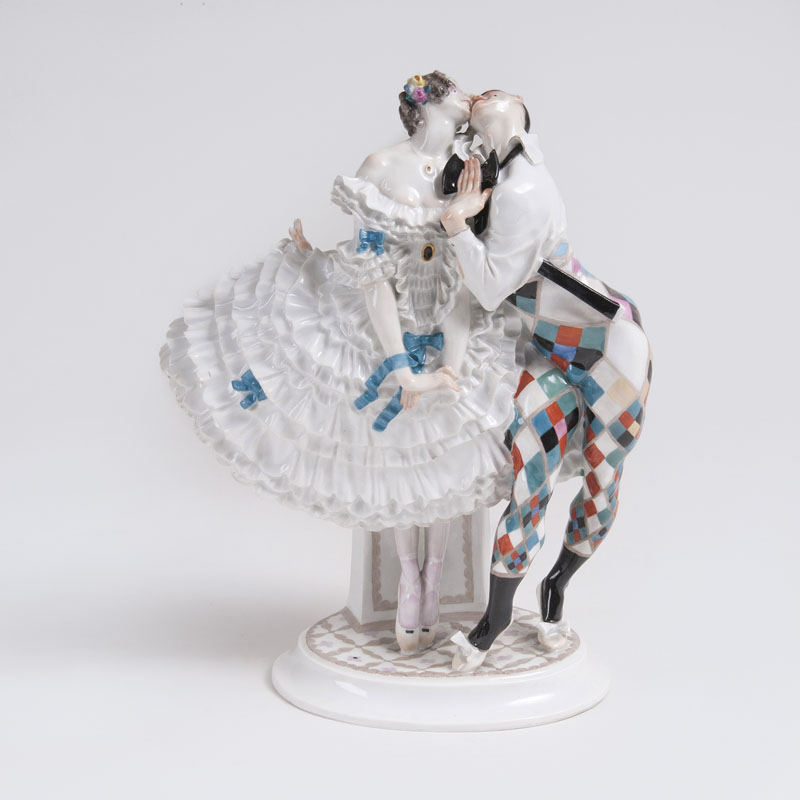 A Group 'Harlequin and Colombine' from the Ballet 'Carnaval' | Reserveprice 1.200 €

Meissen, the model from 1913, made soon after. Polychrome painted porcelain. Model no. 'D 287', impressed '127'. Crossed swords mark. Chipped. H. 27 cm. - Scheurich was inspired to produce his Russian Ballet figure group upon attending a guest performance of 'Le Carnaval', based on a piano cycle by Robert Schumann, at Berlin’s Theater des Westens in 1912. The five Russian male and female dancers he depicted were his first and his most successful works for the Meissen Manufactory. - - German graphic artist, sculptor and one of the most popular porcelain sculptors of the first half of the 20th cent. After his studies at the Berlin Academy he designed numerous models for Hutschenreuther, the Schwarzburger Werkstätten, Nymphenburg, KPM Berlin and Meissen (111 models!).