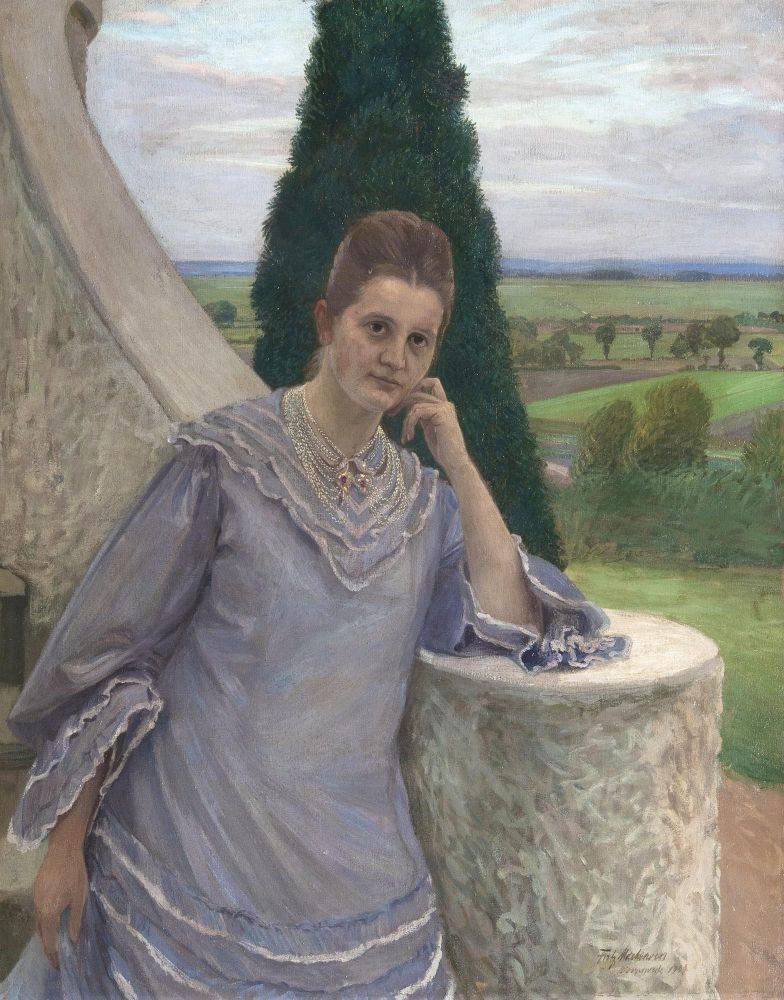 Oil/canvas, 128 x 107 cm, lo. ri. sign. a. dat. Fritz Mackensen Worpswede 1907, on the stretcher inventory label of the museum Moritzburg Halle from 1954 as well as label of a Kunstverein. - Exhibition: Museum Moritzburg Halle, 1954. - Provenance: Commissioned from the artist by Hermann Gocht; from the collection Gocht to the Museum Moritzburg Halle; German private collection. - Mackensen, one of the most important German landscape painters at the turn of the century was co-founder of the Worpswede artist colony. Together with O. Modersohn and F. Overbeck he studied since 1884 at the Düsseldorf academy under P. Janssen, thereafter at the Munich academy under W. v. Diez and F. A. v. Kaulbach. Already in 1884 he had visited Worpswede for the first time, and in 1889 he founded the artist's colony together with Modersohn and H. am Ende. It was later joined among others by H. Vogeler and P. Modersohn-Becker. The latter, the most prominent painter of the colony, was taught painting by M. since 1898. In 1910 M. became director of the Weimar academy but returned to Worpswede in 1918. He was founding director of the Bremen academy in 1934. Among his many awards was the Villa Romana prize in 1907. His lifetime achievements were honoured with the Goethe medal in 1941. Mus.: Worpswede, Bremen, Weimar, Hannover, Oldenburg. Lit.: Thieme-Becker, Vollmer, Bénézit, U. Hamm/B. Küster: F. M., Worpswede 1990.