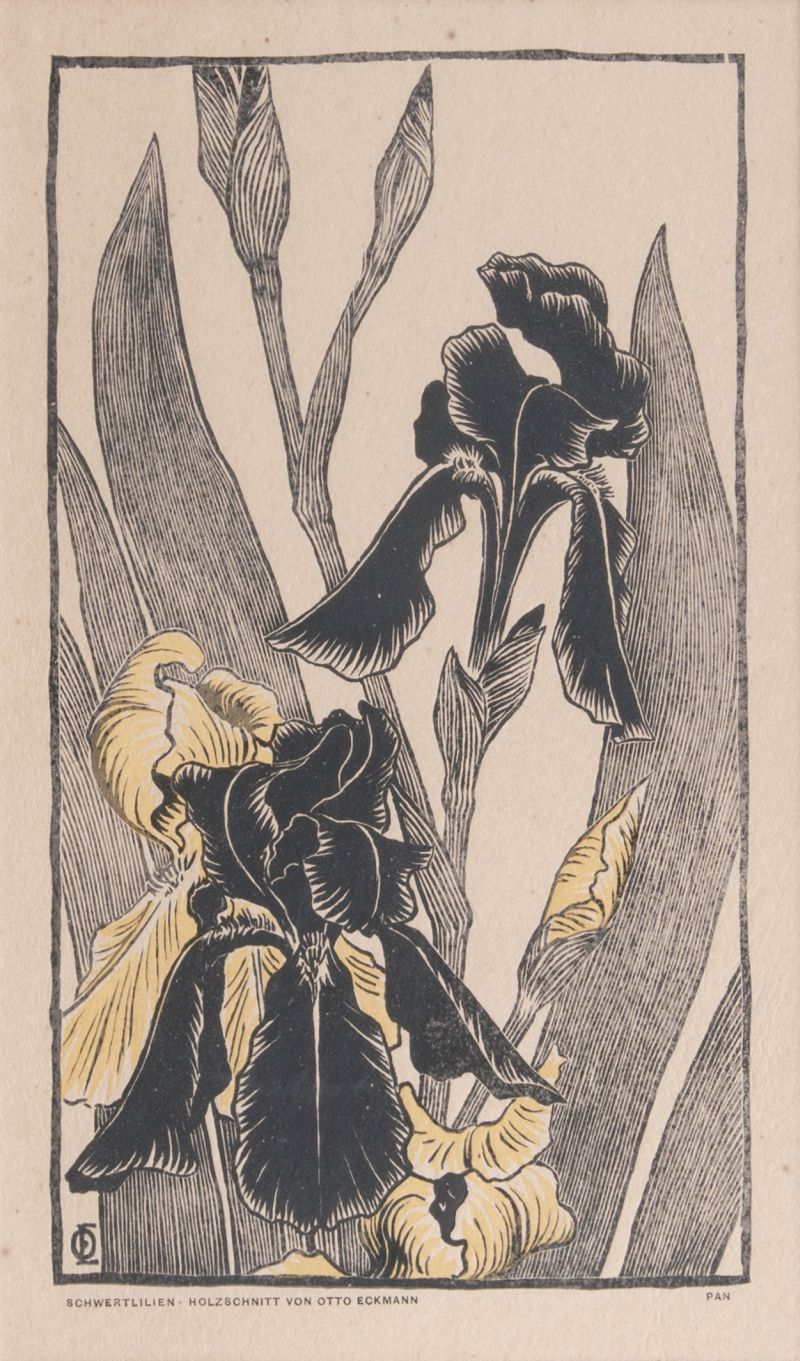 1898, woodcut in colours, 21,5 x 12,5 cm, lo. le. in the block monogr. OE, matted a. framed under glass, uninspected out of frame. - German painter, graphic artist a. Art Nouveau designer. After attending the art schools in Hamburg a. Nuremberg since 1882 E. studied at the Munich academy under A. von Wagner. Since the mid 1890s however he turned his back on academic painted a. distinguishes himself as the leading exponent of a floral Art Nouveau. He worked in Munich for the magazines 'Jugend' a. 'Pan' but kept in touch with Hamburg through J. Brinckmann - director of the arts a. crafts museum - a. through the Scherrebek weaving school. In 1897 he moved to Berlin a. worked as teacher for ornamental graphics at the arts a. crafts museum; in 1989 he was co-founder of the Munich secession. He died prematurely of tuberculosis.