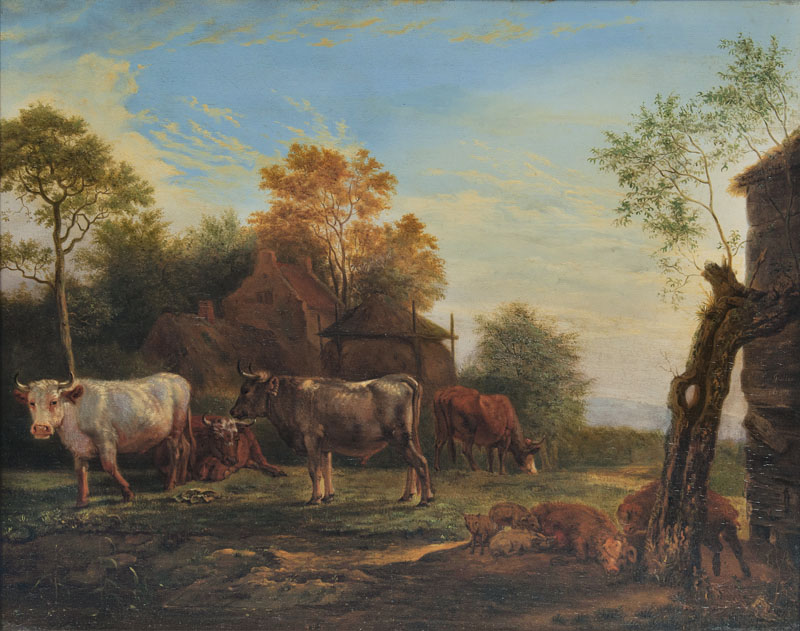 Probably 18th cent., oil/wood, 38 x 47,5 cm, ri. sign. a. dat. Paulus Potter 1652, cradled. - The identical subject is found in a Potter painting the Mauritshuis in The Hague. - We are grateful to Amy Walsh for her kind assistance. - Provenance: Collection F. C. Moltke of Bregentved, sold by auction house Auktionshaus V. Winkel & Magnussen, Copenhagen, 1st and 2nd June 1931, lot no. 105; bought ca. 1946/48 by the consignor's aunt in Berlin, thence by descent. - Dutch animal painter. P. was taught painting in the studio of his father a. of J. de Wel, probably also by Rembrandts teacher P. Lastman. In 1649 he he became member of the Delft St. Luke's guild. He died from tubercolosis before his 30th birthday. P. was one of the most accomplished animal painters, his influence reached well through the 19th cent.