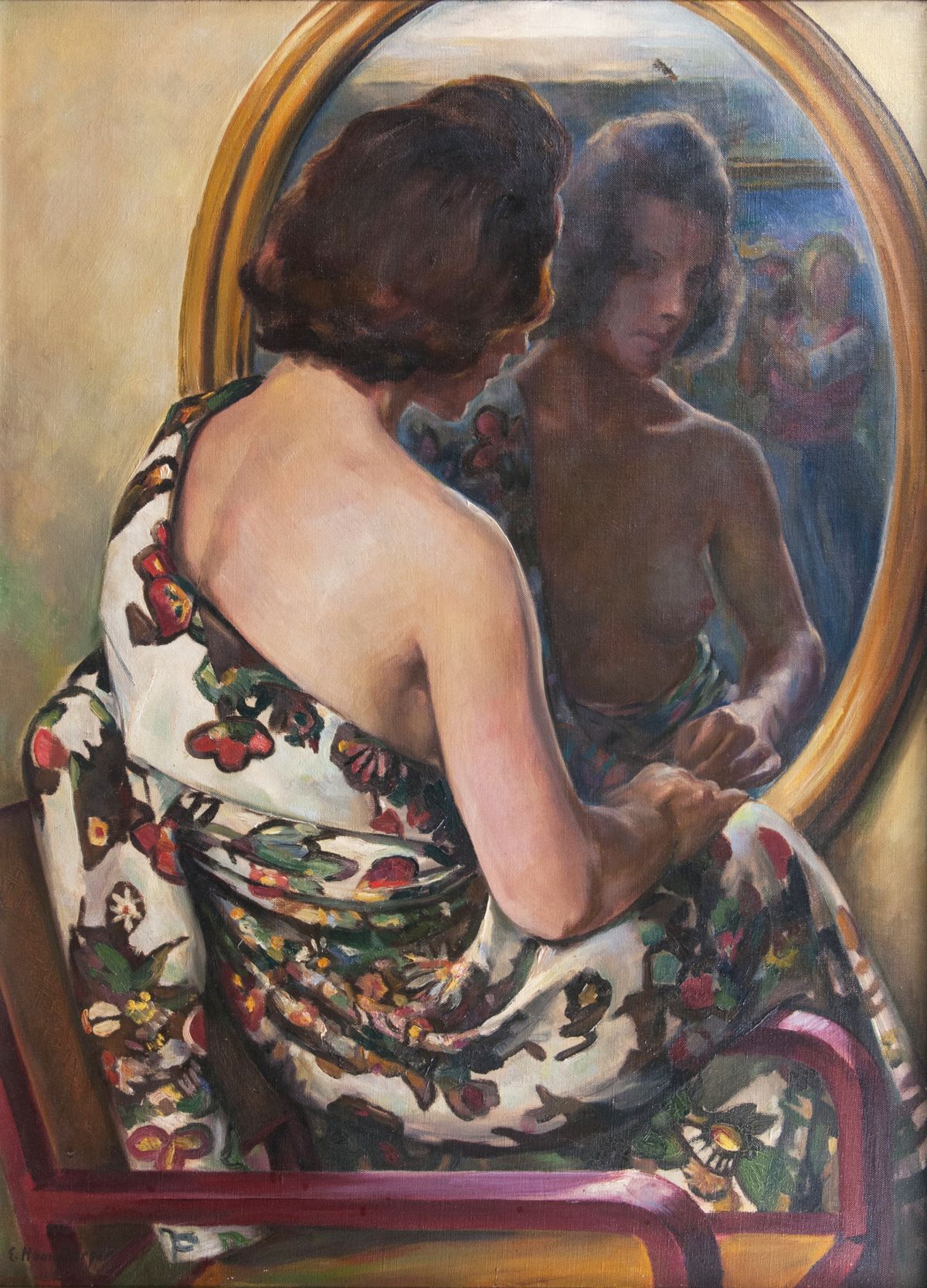 Oil/canvas, 100 x 70 cm, lo. le. sign. E. Honigberger, min. dam. - German painter. H. studied at the Berlin a. Munich academies, among others under C. von Marr. After World War I he exhibited in Berlin with the Novembergruppe a. the secession. After the loss of his studio in Berlin during World War II he settled in South Germany.