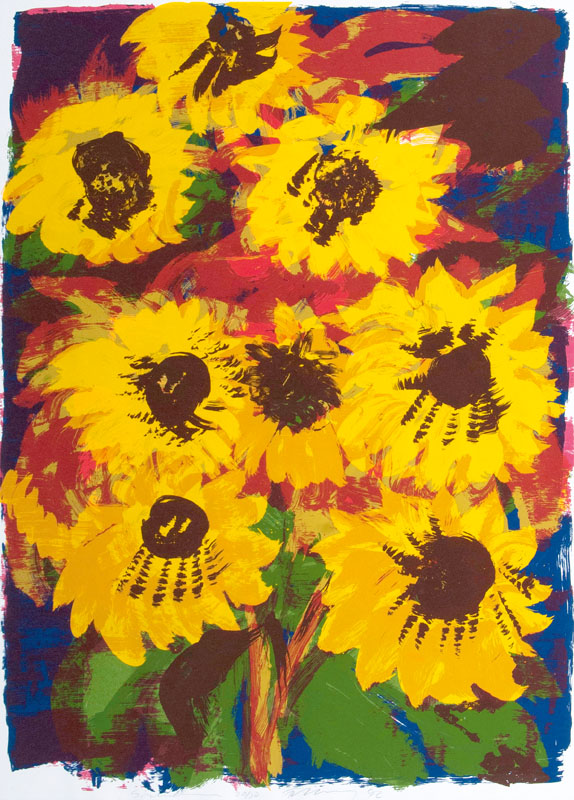 Silk screen in colours, 122 x 86 cm, lo. middle sign. a. dat. R. Fetting 92 as well as num. 20/30 a. dedicated, framed under glass, uninspected out of frame. - German painter a. sculptor. F. studied at the Berlin academy under K. H. Hödicke. He was among the founders of the artists group that was later called 'Junge Wilde'. 1983-94 lived a. worked also in New York. He exhibits in many international galleries a. is today one of the most reknown contemporary German artists.