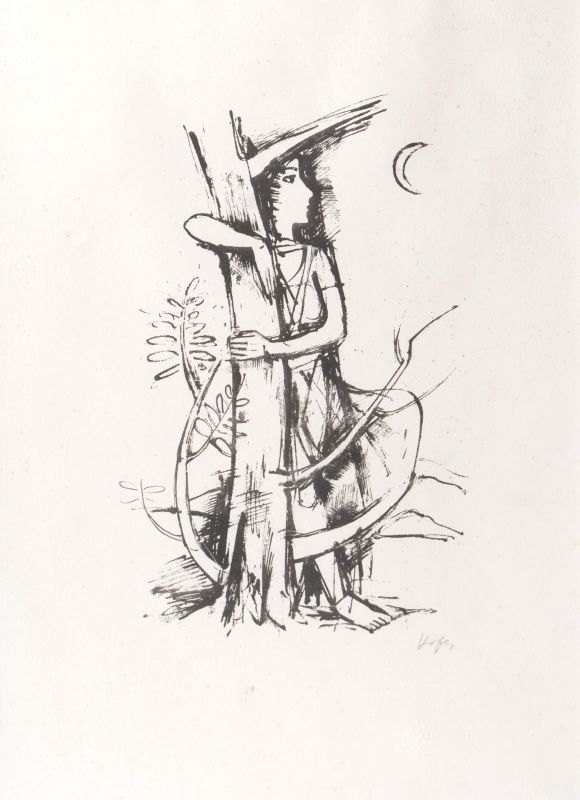 1923, lithograph, 44 x 31 cm, lo. ri. autographed Hofer as well as blind stamp of the Marées-Gesellschaft, matted a. framed under glass, uninspected out of frame. - Literature: Cat. rais.: Rathenau L 176. - German painter, one of the most important exponents of figurative painting of the first half of the 20th cent. H. studied at the Karlsruhe academy under L. von Kalckreuth a. H. Thoma; he then went to Rome. He was among the first members of the Neue Künstlervereinigung München. In 1949 he became head of the Hochschule für bildende Künste in Berlin. Some of his works were exhibited at the first Documenta in Kassel in 1955.