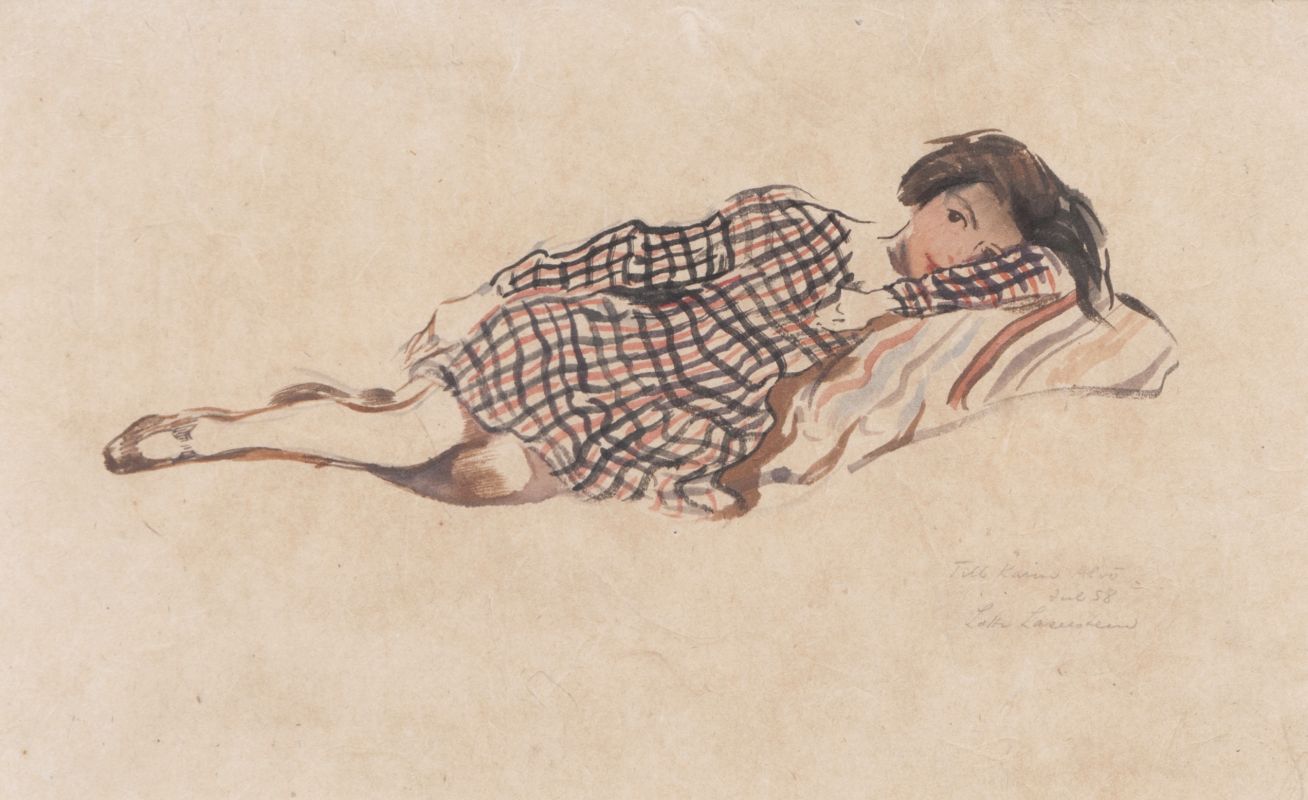 Watercolour, 25,5 x 41 cm, lo. ri. sign. a. dat. Lotte Laserstein Jul 58 as well as titled, matted a. framed under glass, uninspected out of frame. - German-Swedish paintress, studied at the Berlin art school until 1927 under E. Wolfseld. She established as portrait painter in Berlin. Harrassed by the Nazis she escaped to Sweden in 1937 where she worked until the end of her life. In 1987 she was honoured with a large retrospective in London, thereafter with numerous exhibitions both in Germany a. in Sweden.