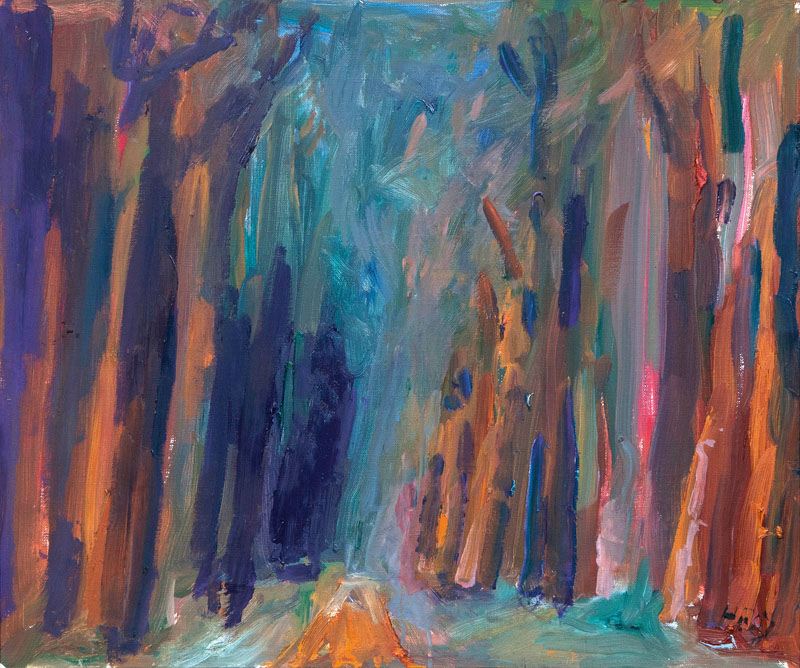 2008, oil/canvas, 50 x 60,5 cm, lo. ri. sign. Heisig. - Provenance: Collection Helmut Schmidt; his spouse Ruth Loah, thence by descent. - German painter, one of the leading artists of the GDR. Together with W. Tübke a. W. Mattheuer he the most important exponent of the first generation of the Leipziger Schule. He began studying at the Wroclaw art school before serving the army in WW II. 1948-51 he studied in Leipzig, in 1961 he was appointed professor at the Leipzig. Hochschule für Graphik u. Buchkunst, 1961 Professor. Disagreeing with the dogmatic cultural policy of the GDR he laid down this post as well as that as head of the Hochschule. Later he was rehabilitated a. took over influential positions in GDR art life, a fact that led to discussions over the importance of his art in West Germany. His artistic achievements were very much honoured by the commisions of the chancellor of Germany, Helmut Schmidt in 1986, to have his official portrait painted by Heisig.