Ivo Hauptmann: Roses in a Jar 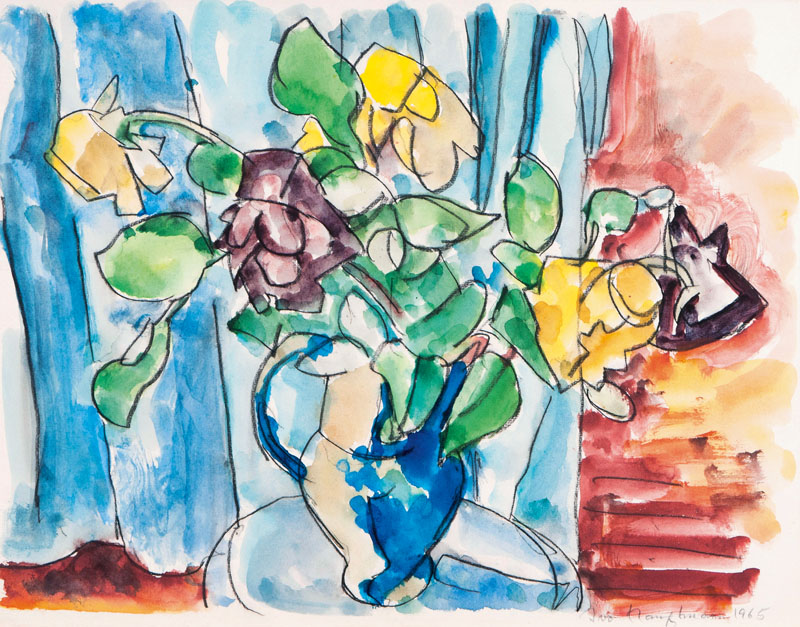 Roses in a Jar

Watercolour, 34 x 43 cm, lo. ri. sign. a. dat. Ivo Hauptmann 1965, matted a. framed under glass, uninspected out of frame. - As an extra: the jar depicted. - Landscape a. figure painter, eldest son of the Nobel prize winner Gerhart Hauptmann. H. studied in Paris, under L. Corinth in Berlin a. at the Weimar Academy. Among his friends were O. Müller, P. Signac a. R. M. Rilke. H. was co-founder of the Freie Sezession Berlin. In 1925 he settled in Hamburg a. became head of the Hamburg secession.