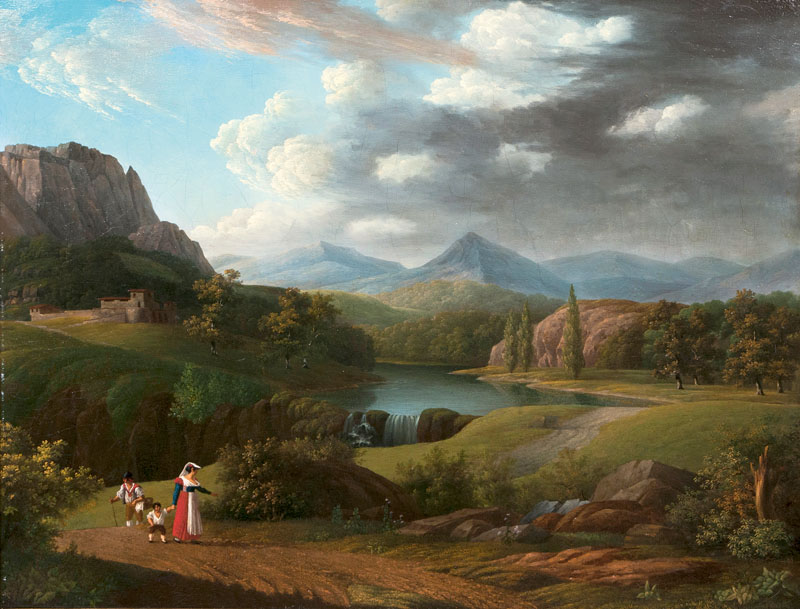 Oil/canvas, 60 x 73 cm, some rest., relined. - Expertise: Anke Fröhlich-Schauseil, September 2016. Indipendently also Claudia Nordhoff confirmed the authenticity of the painting. - German landscape painter, draughtsman a. engraver, one of the most important landscape painters between classicism a. romanticism. M. was initially taught by A. F. Oeser, thereafter in the studios of B. Rode a. J. Bardou in Berlin. He lived in Dresden a. Leipzig before moving to Rome in 1776. After he returned in 1780 his aspirations for a career at the Dresden academy were not fulfilled, so he went back to Rome in 1790 a. joined the artists circle around J. C. Reinhart. Forced by the political conditions in Italy he finally returned to Dresden in 1798.