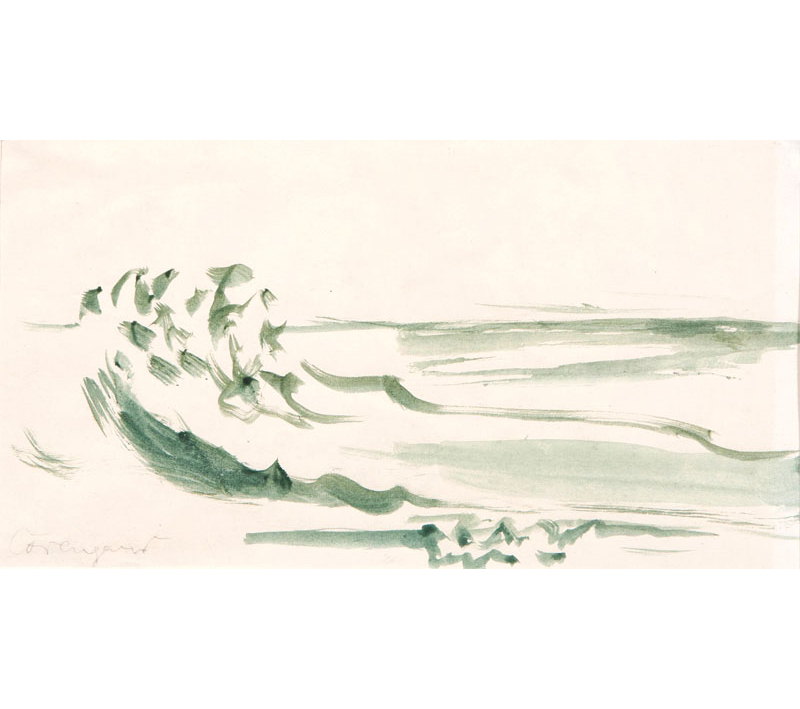 Watercolour, 11,5 x 20 cm, lo. le. sign. Löwengard, matted a. framed under glass, uninspected out of frame. - Hamburg painter, draughtsman a. graphic artist. L. was pupil of A. Siebelist before WW I. Since 1919 he studied at the Weimar Bauhaus under W. Klemm a. L. Feininger. After travelling extensively he became member of the Hamburg secession, of the Hamburgische Künstlerschaft a. of the Altonaer Künstlerverein since 1923. L. was harrassed by the Nazis for a long time before in 1939 he emigrated to London. There he died devitalised only a few month later.