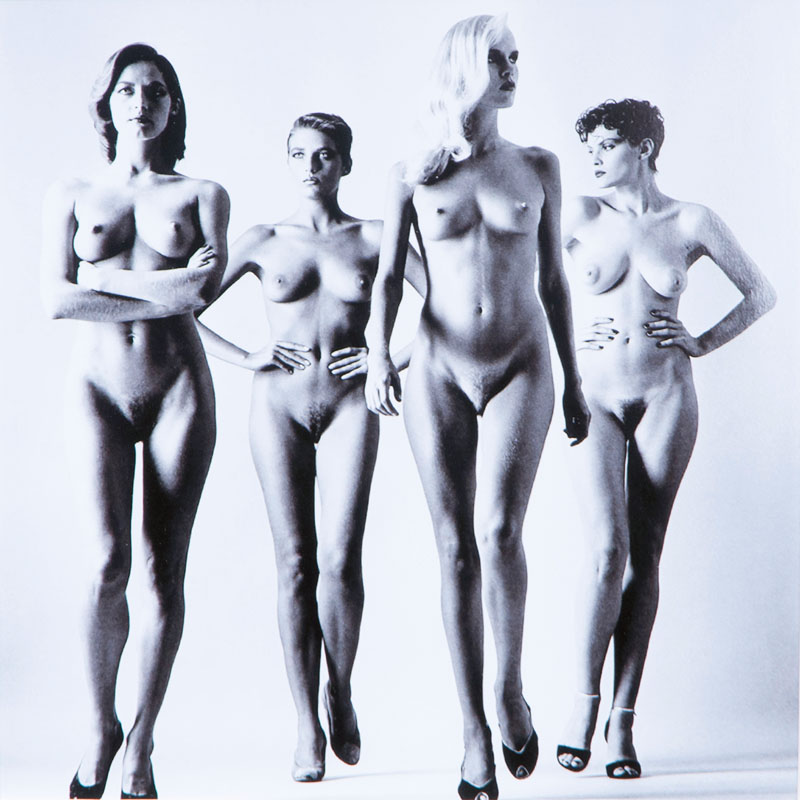 C-print, 24 x 23,5 cm, matted a. framed under glass, uninspected out of frame. - German-Australian photographer, among the most outstanding innovators of contemporary photographic art. N. emigrated to Australia in 1940. Since the 1970 he became world famous for his fashion photos. He didn't simply photographed the models in a studio, but placed them in seemingly domestic or out-of-house environments. N. was awarded many honours, among them the German Bundesverdienstkreuz a. the French Ordre des Art et des Lettres.