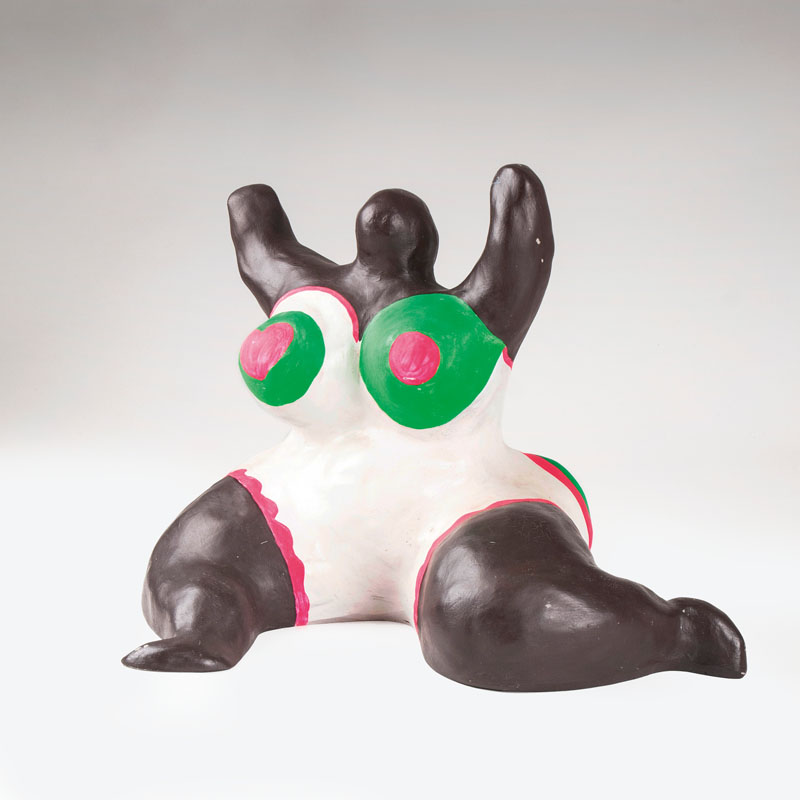 1973. Polychrome painted polyester ('plastique'). At the side stamped signature 'Niki de Saint Phalle'. Numbered copy '60' (incised) from the limited edition of 500 pieces. Edition for the 'Zeit-Magazin' Hamburg in cooperation with Propyläen Refactur, Berlin (red wax seal), produced by 'Domolith Kunstwerkstätten' in Kevelaer. With certificate. Min. paint chipping. H. 27 cm. - French-swiss paintress, graphic artist a. sculptor, world famous by her colourful a. opulent female figures, the so called Nanas. S. P. was born near Paris, raised in New York, travelled widely a. worked among others in Switzerland, France, Israel, Italy a. California. In 1955 she met the Swiss artist Jean Tinguely who inspired her to her so called 'shooting paintings’. Since 1962 she began to reflect on the role of women a. created her first Nana figures, initially from wire a. fabric a. exhibited them in Paris in 1964. In 1966 she realized her first large scale project in the Moderna Museet in Stockholm. Later the Nanas, made in a great variety of size a. shape, became symbols of female self-confidence a. strength.